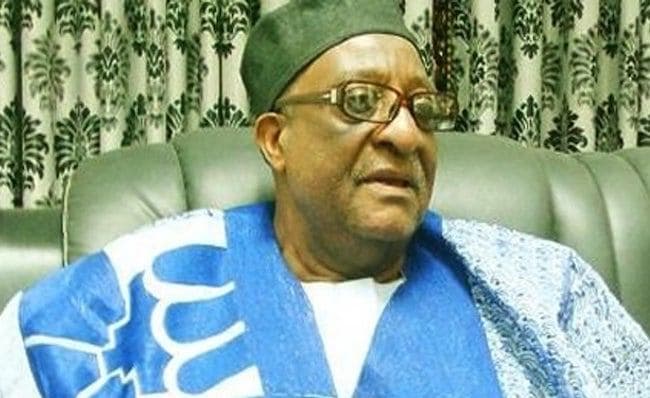 IBADAN, Nigeria (VOICE OF NAIJA)- The Chairman Board of Trustees (BoT) of the Peoples Democratic Party (PDP), Senator Walid Jibrin, has insisted that the party is not sectional, saying it isn’t right for the North to produce the president and national chairman.

Former Vice President, Atiku Abubakar, who is the presidential candidate of the party is from Adamawa State in the North East, while the party’s national chairman, Iyorchia Ayu, is from Benue State in North Central.

“I still maintain my stand on that statement. PDP is a democratic and national party that caters for all Nigerians, it’s not sectional,” he added.

He said as the BoT Chairman of the party, he must say the truth, regardless of who the truth may hurt.

The statement partly read “As chairman of BoT I have a tenure of 5 years, but already spent 4 years six months, having only six months left as per the constitution of our party.

“Therefore, I will never accept any unholy criticism from anyone. I will remain in PDP until my death.

“I still maintain that the BoT is eagerly waiting for the report of the reconciliation committee headed by Governor of Adamawa state, Ahmadu Fintri and Professor Jerry Gana.

“Thereafter the BoT will thoroughly discuss it and inform the public on its next action no more no less”.

He assured that the BoT will continue to discuss with all other aggrieved members of the party including those in States and zones.