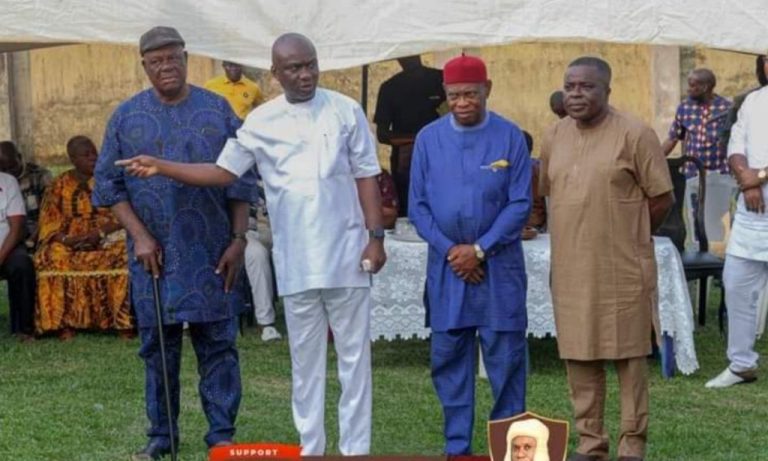 ENUGU, Nigeria (VOICE OF NAIJA)- Chief Geoffrey Onyemaobi, Chairman of the Elders Advisory Council of the Abia State chapter of All Progressives Congress, (APC), has joined the Peoples Democratic Party (PDP) in the state, to further his political ambition.

This came when the opposition APC in the state is enduring a leadership crisis as a result of the outcome of the parallel governorship primary elections held by the party, wherein two candidates emerged at the recently-conducted exercise in the state.

Both candidates are already in court seeking judicial interpretation on the authenticity of the conducted exercises, and the actual winner of the gubernatorial primary elections held by APC in the state.

The candidates are the immediate past Minister of State for Mines and Steel Development, Dr Uche Sampson Ogah, and the former Pro-chancellor and the Chairman Board Council of the University of Nigeria Nsukka (UNN), Chief Ikechi Emenike.

The defection of Onyemaobi was confirmed during a political function held in Umuahia, the state capital, at the weekend by the PDP House of Representatives standard-bearer for Ikwuano/Umuahia Federal Constituency seat in the 2023 general election and the current Speaker of the Abia State House of Assembly, Rt. Hon Rt. Hon Chinedum Enyinnaya Orji.

At the event, Orji appointed Onyemaobi to chair his Campaign Advisory Council for Umuahia North Local Government Area of the state.

Also, the committee was formally inaugurated by the latter, who also administered an oath of office to them.

In his acceptance speech, Onyemaobi thanked Orji for finding them worthy to be an integral part of his campaign council.