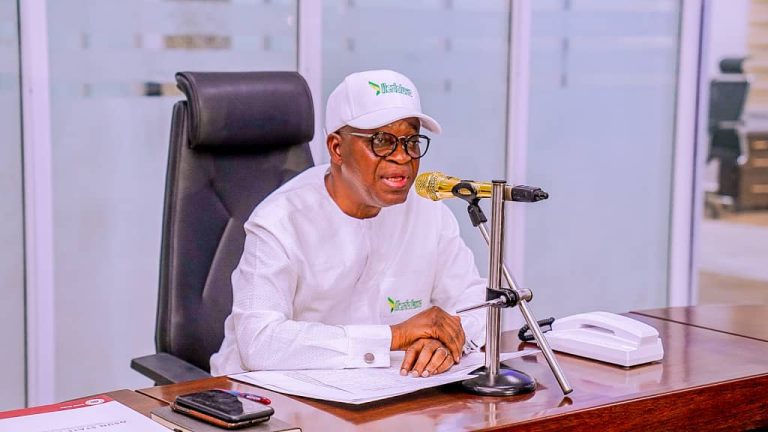 IBADAN, Nigeria (VOICE OF NAIJA)- Former Chairman of the Nigeria Bar Association of the Ilesa Branch, Bar. Kanmi Ajibola, has filed a contempt of court charge against the Chairman and all members of the Osun State Independent Electoral Commission (OSIEC) and the Speaker of the State House of Assembly, Rt. Hon. Timothy Owoeye.

Besides, the activist lawyer has written a letter to the OSIEC Chairman, Mr. Oladunjoye Oladitan, warning him of the dire consequences of his action if he should proceed with the proposed October 15th council polls in the state knowing that the matter regarding the election is before the court of law.

Ajibola, in the same letter which copied the state Governor, warned thee Governor against releasing funds to conduct “the illegal” LG election during the pendency of the case in court, noting that such action shall be considered unwise and criminal misappropriation of public funds.

In the letter dated, 17th August 2022 and titledSUIT NO: HIL/M.66/17 KANMI AJIBOLA VERSUS GOVERNOR OF OSUN STATE & ORS, the lawyer advised the OSIEC boss of the need to stay further action on the polls and submit to the rule of law by not going into what he called “illegality”.

Parts of the letter reads, “In the referred suit, an injunctive application was filed on the 2nd day of August 2022, and it was served immediately on all the defendants, bringing the pendency of same to their notice.

“It is trite position of the Law that, once the application for enforcement of legal right is pending before a competent Court, the parties in the case cannot take a step in respect of the subject matter in Court, to do so will be contemptuous”

He quoted the Supreme Court judgments delivered on the Military Governor of Lagos State vs. Ojukwu (1986), Elf Marketing (Nig) ltd vs. J.L. Oyeniyin & Sons (1985) 7 NWLR, First African Trust Bank Ltd & Anor. Vs. Basil O. Ezegbu & Anor (1992), saying when a matter is pending in a Court, a notice of such matter acts as a STAY OF ANY ACTION that may prejudice the matter in Court.

“The legal effect of this is that, all parties involved shall maintain status quo pending the determination of the instant case. Surprisingly and extremely unexpectedly, after being served with the Court’s processes in this Suit, the OSIEC is taking steps to conduct the LG election on the 15th day of October 2022.

“It is quite unfortunate that these types of steps are taken to rubbish the course of justice and rule of law are coming forth from the government organisation.

“It is good to inform you that, in the circumstances of the pendency of this suit, it is illegal for the OSIEC to conduct the planned election on the 15th day of October 2022. Doing this will be illegality and criminal misappropriation of public funds. This can lead to the prosecution of the erring perpetrators in the court of law.

Ajibola therefore moved a step further by filing Form 48 which was the notice of consequence of disobedience of order of court at the State High Court against the OSIEC Chairman, the OSIEC Secretary, Mr. Adedapo Adejumo, six other members of the commission, the Speaker of the House of Assembly, the Clerk of the Assembly, Mr. Simeon Amusan and the State Attorney General, Bar. Femi Akande.