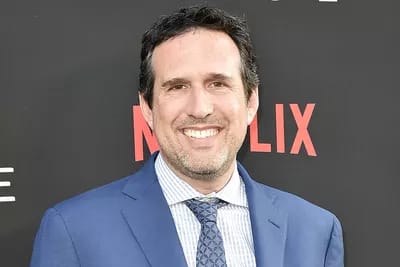 American scriptwriter and movie producer, Zack Estrin, who is known for his work on ‘Prison Break’ and ‘Lost in Space’, is dead.

Estrin’s died from a suspected cardiac arrest, on 23 September, in Hermosa Beach, California, according to his longtime talent agency WME.

Estrin died after he collapsed while jogging on the beach, however, his exact cause of death, however, is still pending an official autopsy.

In a statement, Estrin’s family called him “our everything. The best husband, father, son and friend.”

WME president Ari Greenburg said in his own statement, “Zack was our client for nearly 25 years. He had a tremendously successful career and mentored so many writers. We are so proud of all his accomplishments and feel blessed to have called him a friend.”

In lieu of flowers, his family is asking that donations be made to The Zack Estrin USC Scholarship Fund.

Born in Woodland, California, and raised in Brooklyn, New York, Estrin attended USC before he began an illustrious career in film.

He then transitioned into a career in television, working on drama series such as the WB Network’s Charmed and Dawson’s Creek, as well as Fox’s Tru Calling.

He also served as the executive producer and showrunner on Netflix’s reimagining of Lost in Space. Deadline reported that Estrin was developing new projects under his overall deal at Netflix before his death.