Why I Got A Vasectomy – Ugandan Man Reveals 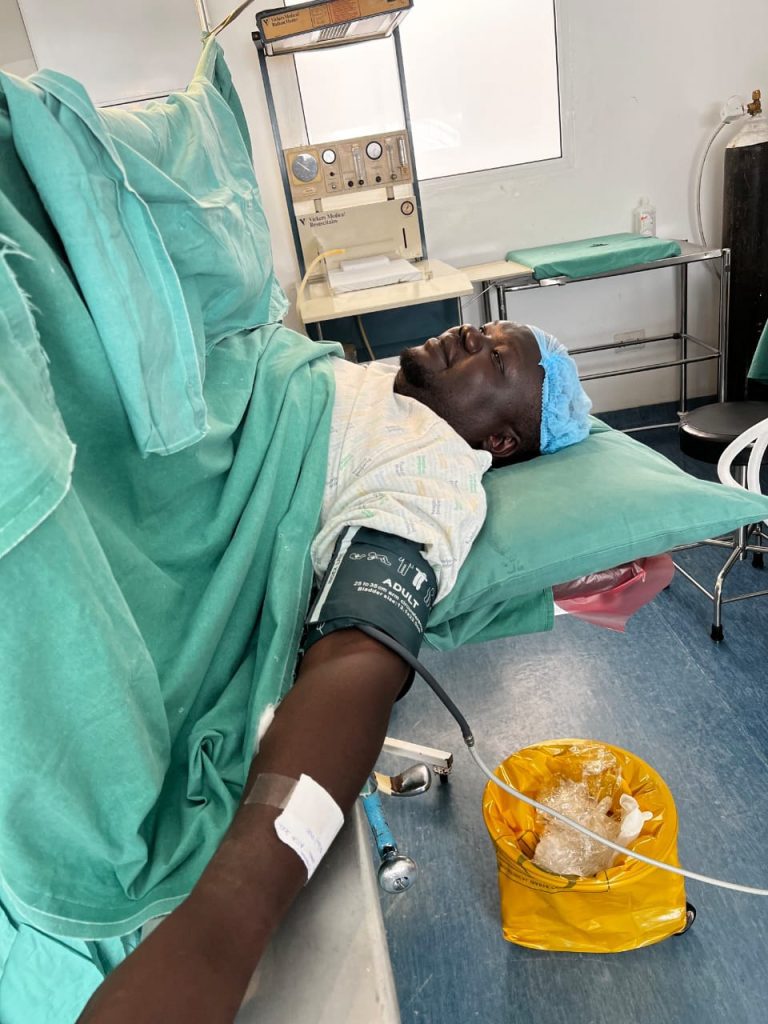 IBADAN, Nigeria (VOICE OF NAIJA)- A Twitter user, Aita Joel, has revealed reasons he got a vasectomy.

Vasectomy is a form of male birth control that cuts the supply of sperm to your semen.

It’s done by cutting and sealing the tubes that carry sperm.

Vasectomy has a low risk of problems and can usually be performed in an outpatient setting under local anesthesia.

According to the man from Entebbe, Uganda, he made the decision to get a vasectomy after having five children.

He wanted to focus on giving his children a quality life and as a man, he has to take responsibility of the birth control.

He continued that besides a good quality life for the children, one can only give birth to a number of children he can manage.

He tweeted on Friday: “VASECTOMY
After birth of kid 5, I decided to end the journey and concentrate on giving them quality life.

At times the man has to take responsibility of the birth control and besides a good quality life for the children can only be given to a number you can manage. It’s simple.

If you want real good education for your children, you have to pay a very good school. Definitely when a primary school charges you over 20m per term per kid. Then you need to have a number you can manage. In my case I can manage 5. Someone else can manage ten. Another less.”

Joel’s tweets garnered mixed reactions as some praised for the bold step he took, others mocked him for it.

A tweep, Akandwanaho Wilson said: “So you were castrated in short!!”

Replying Wilson’s tweet, Dennis Chemonges wrote: “Vasectomy is different from castration. Vasectomy means the tubes transporting semen from the testes to the urethra are blocked while castration means the testes are removed.”

Another tweep, Emily Atuhaire hailed him and said, “Wawooo this is unique, Soo many many men need to get this information from you. They need inspiration from you.

@TemiHNIC: “Please I don’t mind doing this after having kids but I have questions.
Will I still be able to fuck, Will my dick still get hard as usual and will I still be capable of lengthy sex?
Cos I love sex and I don’t want to stop at any time in my lifetime.”

Amb Adonie Aine: “Did you need to tell us about your lost vasa deferentia?”

Joel replied: “Yes I knew it would generate a lot of debate. and that’s the purpose I decided to post it. Through these engagements people learn. So far over 100 men have come to my inbox for more details and 20 have so far picked the doctors number.”

Aine applauded him and said he have no problem with vasectomy because he know its purpose.

In his words, “Joel I hav no problem with vasectomy b’se I know it’s purpose b’t my concern was whether it was necessary for you to tell us that you’ve done it, but anyway since none of us buys you data and no one has control over what you should post, please it’s your Right Sir!
Teach people”

In many parts of the world, family planning is still considered a woman’s responsibility.

This has prevented men from being more involved in family decisions about fertility. But it has also limited their access to family planning services targeted at them.

There is a knowledge gap about the vasectomy procedure as a family planning method in several African countries.

Only 38% of women and 48% of men in Kenya knew of a vasectomy for family planning.

For family planning to be effective emerging evidence increasingly shows that men must both support women’s use of contraceptives and use male fertility control methods if necessary.

It involves clamping, cutting, or sealing the duct that conveys sperm from the testicle to the urethra.

Vasectomy is a fairly quick, simple and straightforward procedure which lasts barely 30 minutes.

It can be done in a doctor’s practice or clinic on an outpatient basis, and under local anaesthesia.

There are also very few risks or complications.