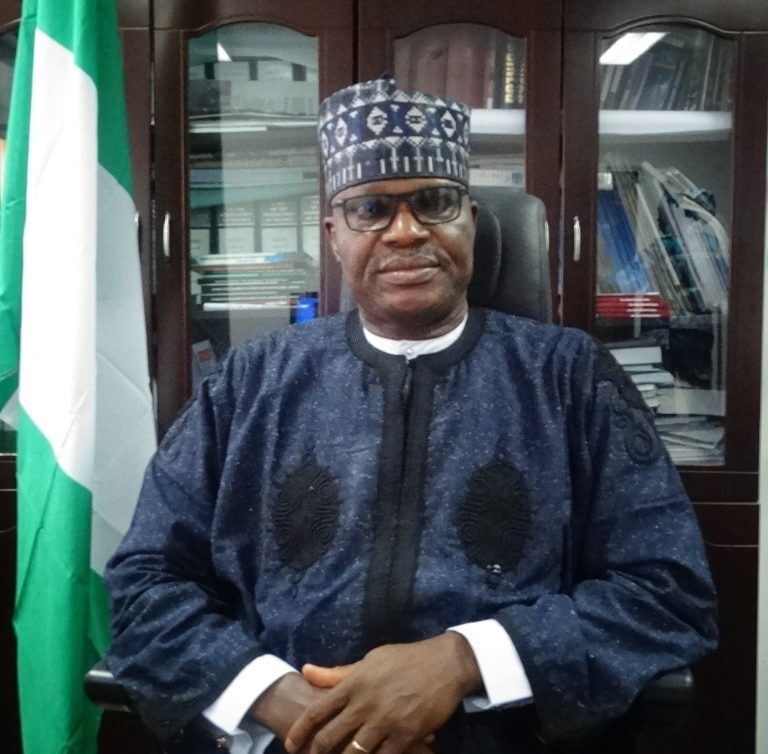 RICHMOND, Texas. (VOICE OF NAIJA) – Outgoing Auditor General of the Federation, Mr. Alphosus Aghughu, has begun mass redeployment of staff members out of the Abuja headquarters to various parts of the country in what many are calling a “revenge mission”.

Reports reaching voiceofnaija.ng have it that the posting was allegedly done as revenge against perceived staffers who opposed Aghughu’s abuse of power and poor style of leadership.

Recall that voiceofnaija.ng had reported that the outgoing Auditor General had planned to install one of his stooges to cover up his alleged Frauds and Maladministration.

The embattled AuGF who has about two weeks to retire is expected to handover to the most senior director of audits in the office.

However, he is said to be working round the clock to ensure that his preferred candidate replaces him.

According to reports, AuGF Aghughu has allegedly connived with some high-ups at the office of the Head of Service to change the rules so that his preferred candidate, who is also from the same region as he, can replace him.

The unethical maneuvering has plunged morale at the AuGF office, voiceofnaija.ng reports.

However, in a circular dated 11 August, 2022, the Federal Civil Service Commission (FCSC), had asked qualified and interested directors of audit to apply for the job.

According to the circular marked FCSC/PS/31/VOL11/239 and signed by the commission’s Permanent Secretary, Mary Ogbe, “The commission requests suitably qualified Directors of Audit in the Office of the Auditor-General for the Federation to submit relevant briefs through the Director, Human Resource Management, in the attached format for appointment to the position of Auditor-General for the Federation.

“In order to qualify for the position, the prospective candidate must: possess a good honours degree in the relevant field; be a professionally qualified accountant; hold a membership certificate of a reputable accounting body recognised by law both within and outside of Nigeria; possess a minimum of 15 years of post-professional qualification experience, acquired in the public sector, at least 10 years of which must be in auditing; have held a position not less than that of a Director in the Office of the Auditor-General for the Federation; and must be a Nigerian citizen not below 50 years of age and is not retiring from service earlier than December 31, 2024.”

With the FCSC circular, the AuGF’s preferred candidate is unqualified to seek the position. His candidate is Mr. Onwudili, who retires around June, 2024.

“The inability of AuGF Aghughu to install his preferred choice has made him emotional and as such, impaired his judgment and that’s why he is out of annoyance posting people he hates and suspects out of the head office,” an informant who’s close to happenings at the AuGF’s office confirmed to our reporter.

The redeployment took effect from 18 August, 2022 as the outgoing AuGF warned that “any disregard of this redeployment shall be treated in accordance with the provision of PSR 030302 (b).

“Instead of the AuGF who is due for retirement on September 7, 2022 to be busy preparing his handover notes, and making peace among staffers, he is busy fanning the amber of crisis in the office,” said another source familiar with the matter.

Also recall that voiceofnaija.ng had reported that the Labour Union has drawn a battle line with the embattled AuGF over redeployment of a union leader Comrade Tugbogbo Abiodun from Abuja headquarters to Jigawa state.

The Union, in a petition, had argued that Mr. Aghughu’s action contravened the International Labour Organization (ILO) convention 87 and 98 which frowns at undue deployment of a sitting Trade Union Executive.

The AuGF has since been dragged before the Ministry of Labour panel for failing to reverse the alleged controversial redeployment of Comrade Tugbogbo, with a view to resolving the dispute.

The meeting with the Ministry of Labour, according to our source, ended in a stalemate as AuGF Aghughu remains adamant and has refused to reverse the redeployment of Comrade Tugbogbo and others.