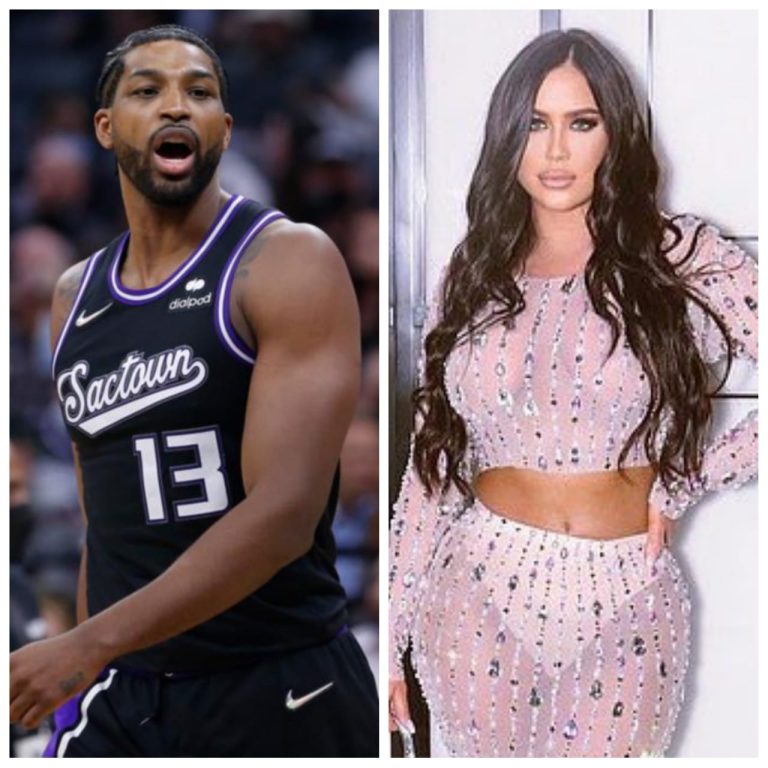 Reports have emerged that Tristan Thompson has been paying Maralee Nichols child support for their son Theo amid their family court battle.

The 31-year-old basketball player, ‘is paying, and has paid, child support to Ms. Nichols retroactive to the date she delivered the child,’ an attorney for Thompson told Page Six.

Though the NBA star – who recently welcomed a son with Khloe Kardashian via surrogate – has stepped up financially, he has still not met his eighth month old son, Theo, an insider claimed.

“It was not until recently that Tristan started paying child support.”

Maralee gave birth to Theo in December 2021, shortly after slamming the basketball player with a paternity lawsuit.

She claimed to have gotten pregnant after hooking up with him in March that year when he was still dating Khloe Kardashian.

After taking a DNA test, it was confirmed that he is Theo’s father.

Recently, Maralee shared a cryptic post on Instagram that many believed to be aimed at Tristan alongside a workout mirror selfie, the fitness model wrote, “Less time on captions, more time on actions..never skip leg day.”

Fans have since assumed that her message could be related to Tristan’s recent remark. “Love the shade,” one follower wrote.

Someone else commented, “Oh gosh mama throwing a little shade hell yeah he need to start paying up,” while another encouraged her to “stay optimistic.”

Days prior to that, Tristan made a claim that he’s a better person now amid his cheating scandal. The said post included a photo of him standing against a brick wall while wearing a button-down black top with a large yellow floral pattern, black pants and white sneakers.

“I never switched sides, I switched lanes. I got wiser and realize we aren’t all built the same #DontTryMe,” the bask captioned it.

Meanwhile Khloe, 37, who split from Tristan again in January, is said to be on ‘cloud nine’ weeks after the birth of the couple’s second child.

‘Khloé is on cloud nine. Getting a sibling for True has been such a journey,’ a source close to the situation revealed to People. ‘She is very excited to be a mom again. She really wanted a baby boy.’

The news broke that the on-again, off-again couple were expecting another child together on July 13, about seven months after their last breakup.

They eventually split in February 2019 when word got out that he had cheated with Kylie Jenner’s former best friend, Jordyn Woods.

Yet they found their way back to each other the following year, due in part to spending plenty of time together during COVID-19 quarantine.

They split again in June 2021 before reuniting, but their five-year on-off relationship ended once again after DailyMail.com exclusively revealed in December 2021 that he fathered a child with Nichols while he was still involved with Khloe.