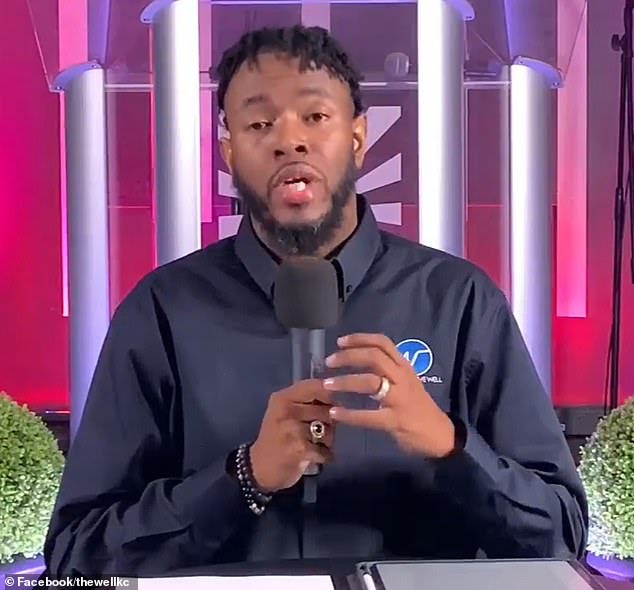 Kansas City pastor, Carlton Funderburke, has finally apologized to his congregation for calling them cheap.

He tendered the apology after berating them for not honoring him with a new expensive watch he asked for a year ago while reportedly delivering a sermon about ‘taking care of God’s shepherd.’

According to dailymail.co.uk, Carlton Funderburke, was caught calling his congregation ‘poor, broke, busted, and disgusted’ after they still hadn’t bought him an expensive Movado watch – which ranges in price from $395 to $3,295 – since he first asked for it in last year.

He went on to say that he was wanted his members to know ‘what God is saying’ before becoming agitated, stating: ‘Ooh, you can buy a Movado [watch] at Sam’s [Club] and you know I asked for one last year. And here it is all the way in August and I still ain’t got it.

Let me kick down the door and talk to my cheap sons and daughters.”

Funderburke has since released an apology video, saying the video does not reflect my heart or my sentiments towards God’s people, yet that’s not discernable in the clip.”

He, however, did not offer explanation for his actions.

Funderburke continued, ” Therefore I offer this sincere apology to you today. No content could erase the words I used. I apologize to all the people that have been hurt or angered or anyway damaged by my words “

He further went on to apologize to his congregation for not showing them ‘respect’ or ‘love,’ and for all other pastors who will be scrutinized for his actions.