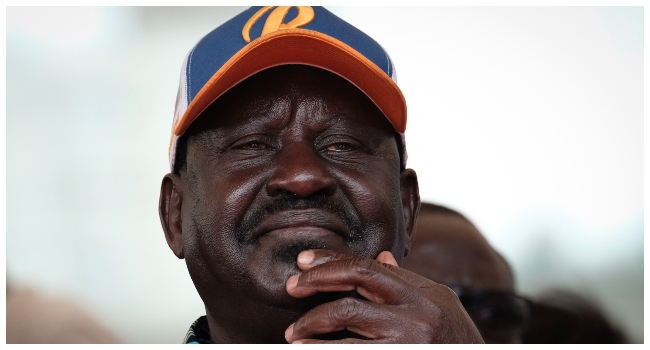 Kenya’s veteran politician Raila Odinga on Tuesday vowed to pursue “all constitutional and legal options” after rejecting the outcome of last week’s election that handed the presidency to his rival William Ruto.

“I do not want to fully address our strategies going forward but… we will be pursuing all constitutional and legal options available to us,” he told reporters a day after the results were announced, without specifying if he would issue a court challenge

Odinga, who described the outcome of the August 9 poll as “a travesty” at Tuesday’s press conference, has previously claimed to have been cheated of victory in the 2007, 2013 and 2017 presidential elections.

Last week’s closely fought race saw Odinga lose to Ruto by a narrow margin of around 230,000 votes, sparking protests by his supporters in some areas as well as triggering a split within the electoral body overseeing the poll.

“What we saw yesterday (Monday) was a travesty and a blatant disregard of the constitution of Kenya,” the 77-year-old former prime minister said.

“We totally and without reservations reject the presidential results.”

The poll’s aftermath is being keenly watched as a test of democratic maturity in the East African powerhouse where previous elections have been tarnished by claims of rigging and bloodshed.

On the campaign trail, both frontrunners pledged to deal with any disputes in court rather than on the streets.

Violent protests nevertheless erupted in Odinga’s strongholds in Nairobi slums and the lakeside city of Kisumu on Monday evening, although the situation was calm Tuesday.

Odinga on Tuesday commended his supporters “for remaining calm and keeping the peace”.

“Let no one take the law into their own hands,” he said.