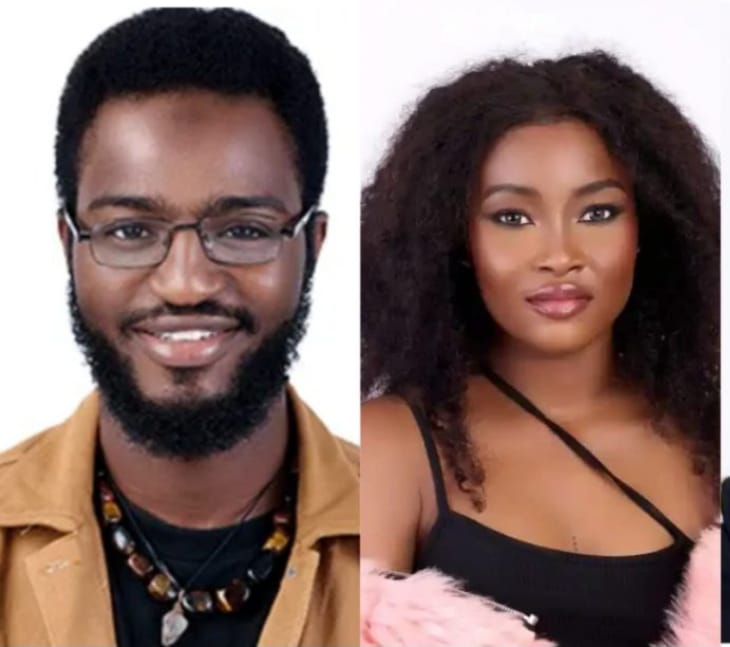 LAGOS, Nigeria (VOICE OF NAIJA)- Ilebaye and Khalid have been evicted from Big Brother’s house, making them the 3rd and 4th housemates respectively to leave the show by eviction this season.

They were up against Bryann, Groovy, and Phyna.

The five housemates were nominated for eviction last week Monday by the Head of House, Adekunle.

Cyph and Christy O were evicted from the show last week.

Khalid who was evicted during the live show on Sunday, told the show host, Ebuka that his relationship with Daniella is serious.

He said although he didn’t plan on having a relationship in the show, it happened fast.

“It was quick, I knew I said I didn’t want a relationship but it hit me like a bus. It is serious.”

When asked how he felt about his eviction he said, “It’s a lot of emotion right now. I’m just grateful.”

Daniella and Khalid had been criticized for ‘making love’ in the house.

Both ‘Level up’ housemates were seen ‘making love’ under the duvet last Sunday night.