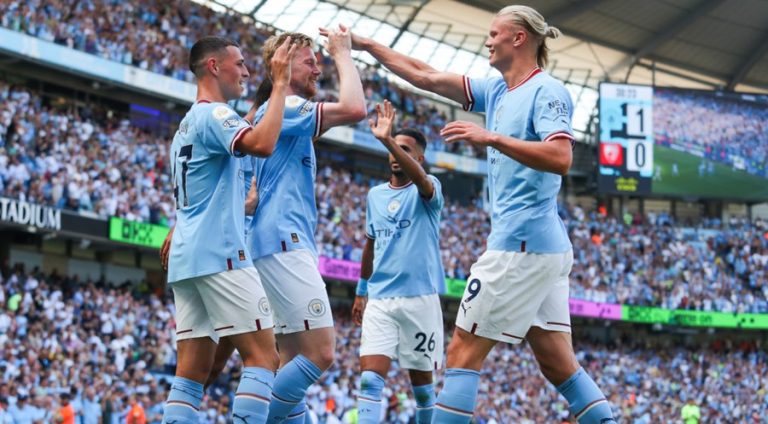 Manchester City made it two wins from two at the start of the new Premier League season after thrashing newly-promoted Bournemouth 4-0 at the Etihad Stadium on Saturday.

The champions wasted no time getting into their stride in the sunshine as Norway striker Erling Haaland marked his home debut with an assist for Ilkay Gundogan’s opener after 19 minutes.

With the first goal on the board, City cut loose and scored a sumptuous second 12 minutes later as Kevin De Bruyne curled a fine strike into the net with the outside of his foot.

Phil Foden added another before halftime from De Bruyne’s assist and it was just a matter of how many more the hosts would help themselves to.

Haaland’s moment in front of goal came late in the second half but he failed to connect properly with Jack Grealish’s pull back.

It mattered little as a late own goal from Jefferson Lerma put the icing on the cake, with City maintaining their 100% start to the new campaign at a canter.