Timipre Sylva Wins Defamation Suit Against Jackson Ude In US 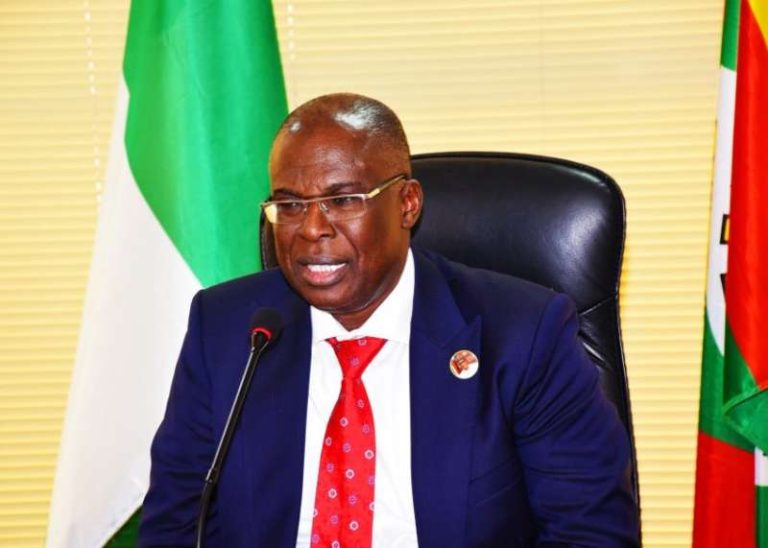 A United States Federal Court Judge for the Eastern District of Pennsylvania, Joseph Lesson, had ordered Sylva to appear in person on August 11 to defend his defamation case against one Jackson Ude over publications of alleged bribery, fraud and corruption in the awarding of Nigeria Liquefied Natural Gas (NLNG) Train 7 contract in a joint venture, led by Italy’s Saipem. The contract, worth $4 billion, is for engineering, procurement and construction of the production unit at the gas company’s Bonny Island plant in Rivers State.

An electronic copy of a settlement agreement entered by Sylva and Ude to discontinue the case filed in the court presided over by Joseph F. Leeson Jr. showed that Ude agreed to take down, delete and destroy all articles and publications alleging any criminal or other misconduct by Sylva appearing on Pointblank News website and his social media accounts.

Part of the agreement said: “Thereafter, if Sylva reasonably discovers any article or publication violative of this agreement still existing, Sylva will inform Ude first and give Ude reasonable notice (no longer than one week absent extraordinary circumstances) to delete before such may be seemed as a breach.

“Ude will not directly or indirectly engage in any act either to harass or spread false information against Sylva.

“Ude will not directly or indirectly publish any false or defamatory information about Sylva, with liquidated damages of $25,000, per any such publication and attorney to the winner of any litigation therefrom”.

Sylva and Ude were asked to within seven days execute the necessary stipulation to dismiss the defamation lawsuit.