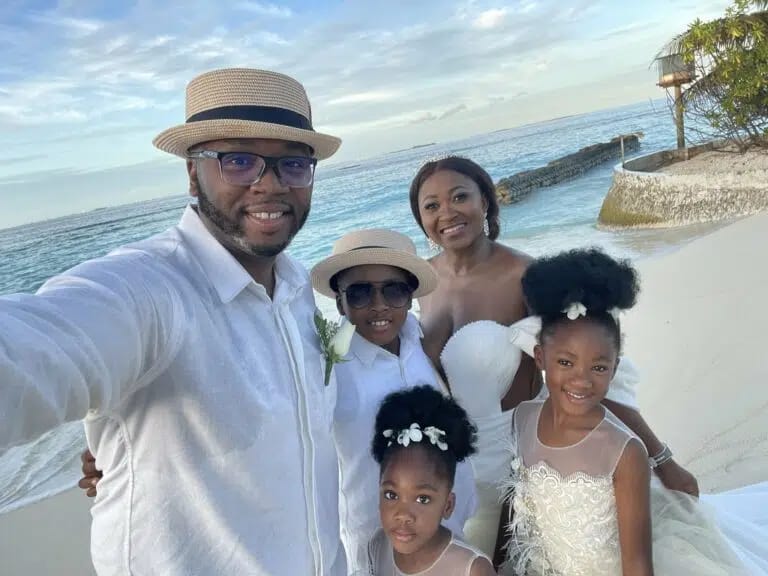 IBADAN, Nigeria (VOICE OF NAIJA)- Nollywood actress, Mary Remmy Njoku and her husband, Jason Njoku, who is the co-founder and CEO of iROKOtv, have renewed their vow on their 10th wedding anniversary.

According to reports, the ceremony took place today, 12 August, 2022, in Maldives.

The event were graced by some of the couple’s close friends and popular celebrities.

The actress was walked down the aisle by their first son while the couple’s daughters served as confetti girls.