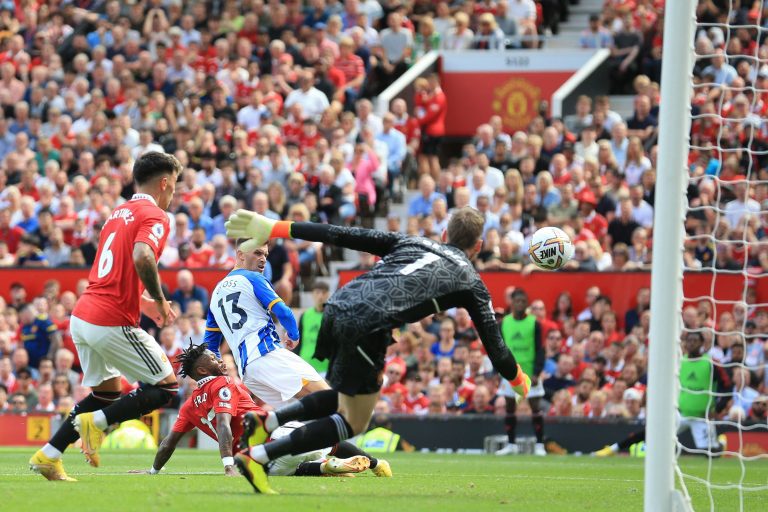 The Red Devils, playing their first competitive match under new Manager, Erik Ten Hag, lost 1-2 against a lively Brighton in front of their home fans despite the overhauling of the squad which took place this summer.

Leandro Trossard released Danny Welbeck down the left-hand side, and the former United player squared the ball for Pascal Gross to pass into the net for the opener after 30 mins.

About nine minutes later, United found themselves behind again after a well drilled cross from Brighton’s goal found Gross who slotted past De Gea for his and Brighton’s second goal of the match.

The Red Devils’s consolatory goal came courtesy of an own goal by Brighton’s Mac Allister in the 68th minute of the encounter.

The introduction of star player Cristiano Ronaldo did little or nothing to change the fate of the Manchester-based club who have hired their third Manager in about a year.