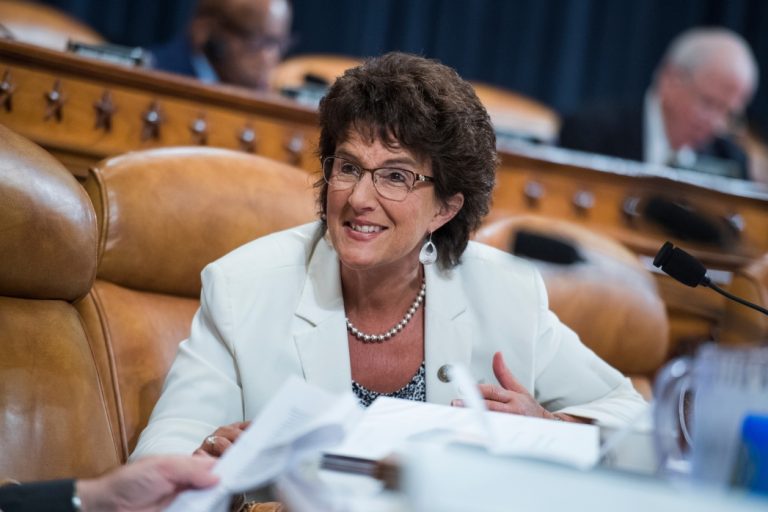 Indiana lawmaker Jackie Walorski, and two aides have died in a car crash on Wednesday when the vehicle they were in was struck by another, according to Elkhart County, Ind., Sheriff’s Office.

“Dean Swihart, Jackie’s husband, was just informed by the Elkhart County Sheriff’s Office that Jackie was killed in a car accident this afternoon,” read a statement from Walorski’s office.

The statement said the crash is still under investigation, but a northbound car with one occupant crossed the center line and collided with the car containing Walorski and two others.

The sheriff’s office said the others killed in Walorski’s car were Zachery Potts, 27, of Mishawaka, Ind., and Emma Thomson, 28, of Washington, D.C. Walorski’s chief of staff said in a statement they were on her staff, and professional online profiles for Potts said he served as Walorski’s district director, while Thomson’s said she was Walorski’s communications director.

The driver of the northbound car, who was also killed, was Edith Schmucker, 56, of Nappanee, Ind., according to the sheriff’s statement.

A spokesman for House Speaker Nancy Pelosi, D-Calif., said she had ordered flags to fly at half staff at the Capitol to mark Walorski’s passing.

In a statement, Pelosi said Walorski served her community as well as those suffering abroad, such as children in poverty in Romania. “She passionately brought the voices of her north Indiana constituents to the Congress, and she was admired by colleagues on both sides of the aisle for her personal kindness,” Pelosi’s statement said.

Republican Whip Steve Scalise, R-La., called Walorski a “champion for the people of Indiana,” in a statement Wednesday.

“She will be remembered for her kindness, tenacity, and commitment to helping others,” Scalise said, noting that Walorski had served as a member of his whip team.