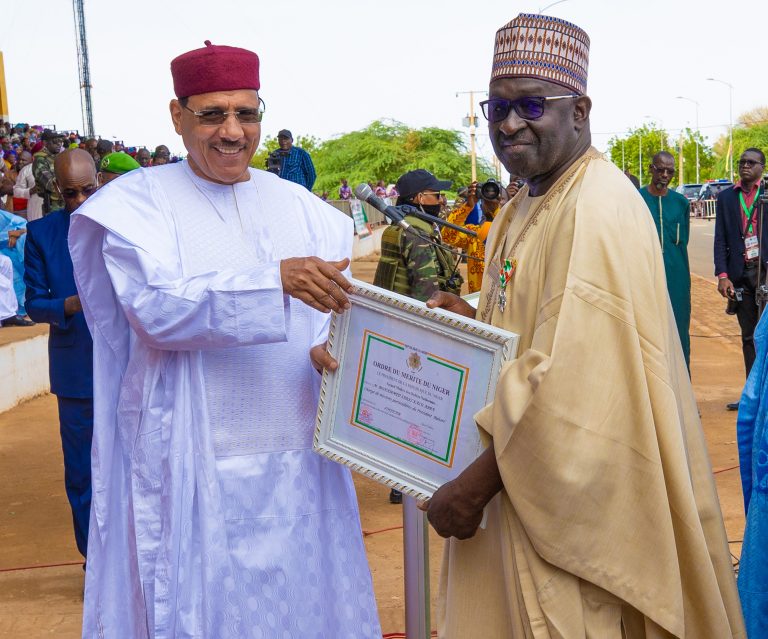 IBADAN, Nigeria (VOICE Of NAIJA)- To mark the Independence Day commemorated on August 3, the Republic of Niger Wednesday honoured six Nigerians-two Presidential aides, two businessmen and two state governors with their national honours in recognition of their roles in the promotion of better relations between the two sister states.

Those honoured from the Presidency are the Senior Special Assistant (Household and Domestic Affairs) to the President, Sarki Abba, and the State Chief of Protocol, Ambassador Lawal Kazaure.