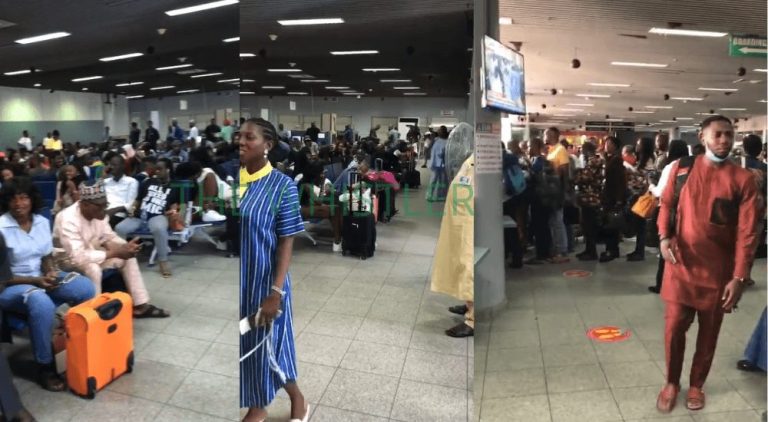 The workers under the aegis of the Nigerian Aviation Handling Company Plc (NAHCo), handle check-in, boarding, and ramp services for many international carriers including Delta, Turkish Air, Ethiopian Airlines, Virgin Atlantic, Qatar, and Air France-KLM, among others.

One of the passengers, who expressed frustration at what was happening, said they had been left frustrated at the airport with no information from the airline.

However, Virgin Atlantic Airline was seen in a frantic move as of 8.30am trying to prevail on the workers’ union to rescind its action while looking for an amicable resolution to the issue.

Many of Virgin Atlantic’s passengers, who are students returning to schools in the United Kingdom, were among the stranded passengers and their parents and guardians were heard calling to know the next line of action.

However, a traveler had told journalists that NAHCo workers at the airport had declared that they were on strike and were not ready to work or attend to customers until their demands were met.

The development grounded both arrival and departure flight schedules, leaving travelers frustrated as no prior communication was sent to passengers on the strike.

Reacting to the development in a tweet, Oluwatosin Oladeinde, Chief Executive Officer (CEO), Money Africa, said: “Airlines ground handlers on strike at Lagos Airport. No departure check in and no arrival of flights for now departing passengers stranded.”

There are indications that more airlines could be affected by the problem created by the company.