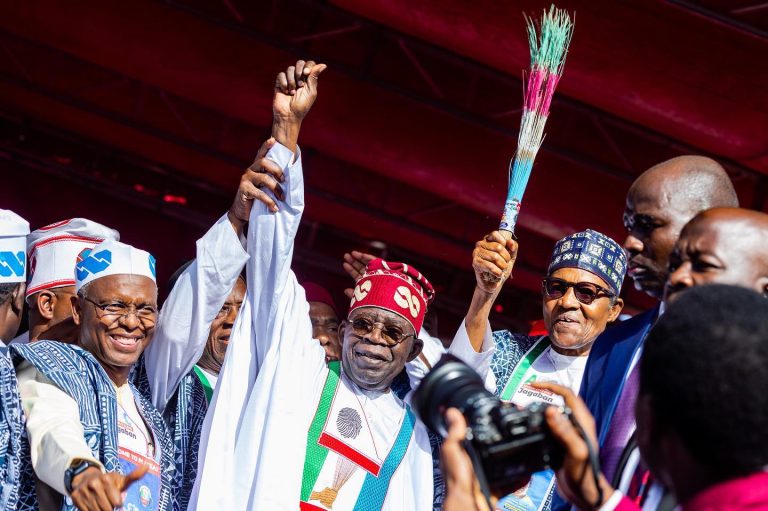 The All Progressives Congress presidential campaign rally held in Bauchi State on Monday, ended abruptly over a faulty sound system.

The President, Muhammadu Buhari, who was present at the rally, had to leave immediately with his entourage.

Buhari had arrived Bauchi to lead the All Progressives Congress’ presidential and governorship campaign rally.

The aircraft conveying the President touched down at the Sir Abubakar Tafawa Balewa airport, Bauchi around 10:20 am.

He was received by the Bauchi State Governor, Bala Mohammed, who is the Peoples Democratic Party’s candidate and his opponent in the 11 March governorship election, Air Marshal Sadique Abubakar.

Buhari had proceeded to the Palace of the Emir of Bauchi, Dr Rilwanu Adamu, for a courtesy visit and thereafter headed to the Sir Tafawa Balewa stadium, venue for campaign rally.

Buhari was to officially present the APC candidates to the Bauchi electorate at the rally, and to afterwards depart for Lagos where he is scheduled to begin his two-day working visit.

The rally which was ongoing at the Abubakar Tafawa Balewa Stadium, Bauchi, on Monday, ended abruptly when the light went off and could not be restored.

The light went off shortly after the National Chairman of the APC, Abdullahi Adamu, mounted the podium and began delivering his speech.