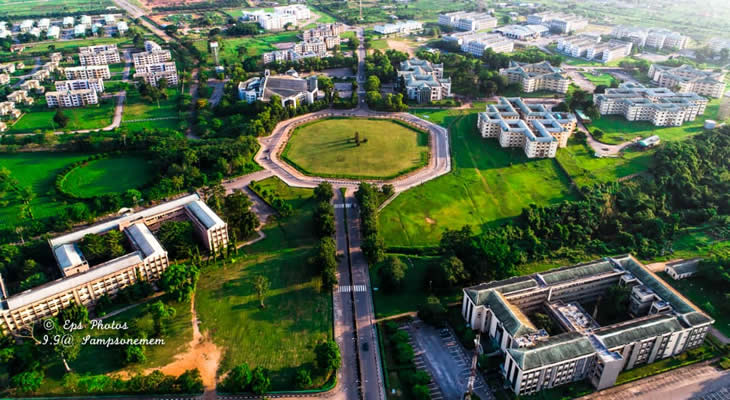 Covenant University has commenced investigations into allegations of rape levelled against some of their staff.

An unidentified student of the private institution went on social media to raise alarm over alleged multiple sexual abuse acts by the school staff.

In a chat which surfaced on Twitter on Monday, 21 November, the student alleged that students are being forced to engage in sexual activities or risk expulsion by authorities who deliberately set up flimsy rules.

The student further alleged that one lady is currently in coma after undergoing an abortion for one of the school’s staff.

“A girl is in coma now. She did an abortion for the head of the student disciplinary council. He got her pregnant and still expelled her.

“So many students there are being abused. It’s a Christian university for crying out loud. Covenant university has hidden so many deaths,” the student stated.

This new development has sparked reactions on Twitter. Some Nigerians have heaped blame on the student for sleeping with the staff while others dragged the school authorities for the sexual misconduct.

A tweep, @June said: “Call out a school for what it is. Christian school or not, call out wrong everything happening… As much as you should.

“I don’t understand why “Christianity” itself is being blamed. Christianity has nothing to do here… If anything Christianity is a Victim here bec they’re+”

Another tweep @petite_nuel said she knows of a lecturer in the university who raped a student.

“I know of a lecturer in CU that raped a female student, to cut short, he’s facing the court.”

“So the students broke the school rules and further went on to accept sex for pardon from corrupt teachers…both students involved and teachers should be expelled from the school,” wrote @papakoboko

@AbbyVirtous tweeted: “Before bringing it to sm for clout…Against all odds have you gotten bishop oyedepo involve.. He doesn’t tolerate rubbish, if it meant carrying placard to honor entrance of faith tabernacle on sunday or youth chapel on mid week service cos what rubbish is this.”

@GraciousTobi on her part said: “U called an undergraduate a child? Calling for d neck of d staff & absolving d students is ill judgement. An undergraduate that offers her body to avoid being punished is guilty as d person demanding her body. It is time to treat issues from the root cause & not at the surface.

“Unless you all have more information than I do, if you’re reacting to the post I reacted to, then you’re only expressing emotions and not being objective. 2nd frame said, ‘so many abuses’ & ‘so many deaths’.

“In this country of ours, parents will lose a child in a school without proper explanation & the parents will be calm? Amongst the ‘so many abuses’ none of these students have come out to protest in this era of social media. Well, we all have various opinions to issues – this is how I have assessed this, based on the post.”

@FehinSilva wrote: “People here are so focused on how it’s a ‘Christian’ school, and conveniently ignoring the real issue here. Girls are being raped for Godsake. Let’s focus on the way forward please. Has this info been verified and if so, what’s the update on the girls? Have they received help yet?”

Reacting to the allegation, the university alumni association said they have been receiving complaints for more than a week and the school management have been contacted.

It was later reported that the university management have sacked one of its staffers enmeshed in a sexual assault scandal.

BBC Pidgin reports that it reached a source in CU’s alumni committee who disclosed that the main staff member involved in the assault scandal had been sacked.

It said the management investigated the matter and relieved one of the involved staff members of their job.

The alumni committee didn’t, however, reveal the identity of the sacked staffer.

“We spoke to the management to help them understand the issues and what they need to do,” the committee said.

“As we were in talks with the management, we heard that one of the main people called out numerous times on social media in the accusations have faced staff disciplinary committee a few weeks ago.

“The management has terminated their employment.”