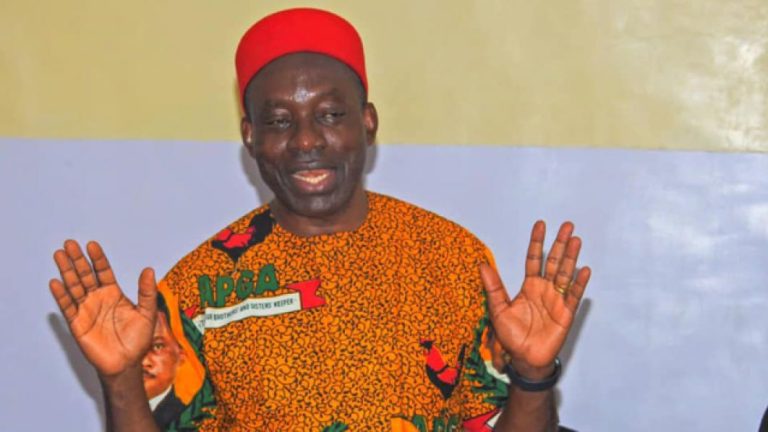 ENUGU, Nigeria (VOICE OF NAIJA)- Governor Chukwuma Soludo of Anambra State has commenced the rehabilitation of nine roads in the area, at a cost of N9 billion.

This is in fulfilment of his campaign promise to upgrade Okpoko slum, in Ogbaru Local Government Area, near the commercial city of Onitsha.

The state executive council has approved the project measuring 14.053 kilometers with dual carriage, reinforced concrete median and side walks on both sides.

This was made known by the Commissioner for Information, Paul Nwosu, after the state’s weekly Executive Council Meeting.

He stated that the project would be completed in 12 months.

At the meeting, Soludo also promised to build the abandoned Government House project in Awka within 18 months, at a cost of N6.088 billion.

According to Nwosu, the council also approved N241,439,316.20 for the full scale destiling and dredging of 62,034 cubic metres of Nwangene drainage which had been a source of nightmare to road users in Onitsha. The project will also be completed in three months.

Other projects approved by the EXCO include the rehabilitation of the failed carriage way and embankment at Mmili John section of Oba-Ojoto road and the dredging of Mmili John which will cost N61,494,541.88 and is expected to be completed in six weeks.

Nwosu said: “The memo on the abandoned Government House and 25 other peripheral structures were presented by the Commissioner for Housing and considered by ANSEC and approved.

“Also endorsed for construction are gate houses, police posts, perimeter fence measuring 2.22 linear kilometers and other internal works such as drive ways, parking areas, walk ways, drainages,, water supplies, green area, etc, which will be completed at the cost of N1.317 billion and to be delivered in nine months.”

“It came to the attention of ANSEC that some unscrupulous elements are selling parts of Mamu Forest Reserve. Government is poised to arrest and prosecute all those that are culpable in these unlawful land transactions.

“For the avoidance of doubt, Mamu Forest Reserve is not for sale and any property developer or member of the public who allows himself/herself to be lured into purchasing parcel(s) of land will have himself to blame.”