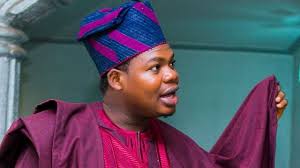 The management of the Nigeria Social Insurance Trust Fund (NSITF) has failed to justify spending the sum of N17.158 billion.

The management alleged that the documents containing proof of expenditure have been eaten up by termites.

The senate committee is investigating the illegal transfer of the sum from First Bank and Skye Bank to personal accounts and companies in 2013.

The senate who invited both present and past management of the NSITF, hinged the investigation on the 2018 Auditor General of the Federation’s report.

The Auditor – General’s office had in the 2018 Audit report, raised 50 different queries bordering on alleged misappropriation of funds by management of the agency , which are being looked into by the Senate Committee on Public Accounts.

“However, payment vouchers relating to the transfers together with their supporting documents were not provided for audit. Consequently, the purpose(s) for the transfers could not be authenticated.”

The management in 2013 told the committee that documents like vouchers were left behind by them while the present Managing Director of NSITF, Akabogu, said no documents of such is in their office.

“The container the said documents were kept by past management has not only been weather beaten over the years, but even possibly being eaten up by termites.”

As public officials in Nigeria continue to make mockery of accountability on public earnings and expenditure, divergent reactions greet ‘termite invasion’ of the NSITF.

Mr Macaroni, on Friday, 19 August, weighed in on the shocking news.

He wrote: “In a country where Snakes, Monkeys, Termites and other Animals are embezzling billions. How much are Humans now embezzling?

But once our politicians sprinkle one or two projects here and there, we should forget all and start singing their praise.
Who do us like this???

In an earlier tweet, he said: “Politicians will manage to complete a project after embezzling billions and wasting so much time on it. Then ask us to bow at their feet in appreciation for finally doing the work they were elected to do.
Is it your money you used to do the Project???”

Reacting to his tweets, @humble_data said: “What if they embezzle and still didn’t do anything? C’mon let’s appreciate them.”

The comedian replied: “Nigerians have suffered so much from terrible leadership that we have forgotten that these politicians are there to serve the people. They enrich themselves and offer us the barest minimum yet we should be thankful for that?
May God deliver us from slavery.”

B.O.D Assistant: “I hear say they use almost 19billion clear bush
na wa for this country oo..
How much to clear all the bush wey dey this world?“

I wonder how much structure dem wan erect on it.

Even to clear insurgencies no go reach that amount”

Mamzy: “It disgust me seeing some people who have gone thru severe hardship singing their praises all over again. It’s sad 😢”