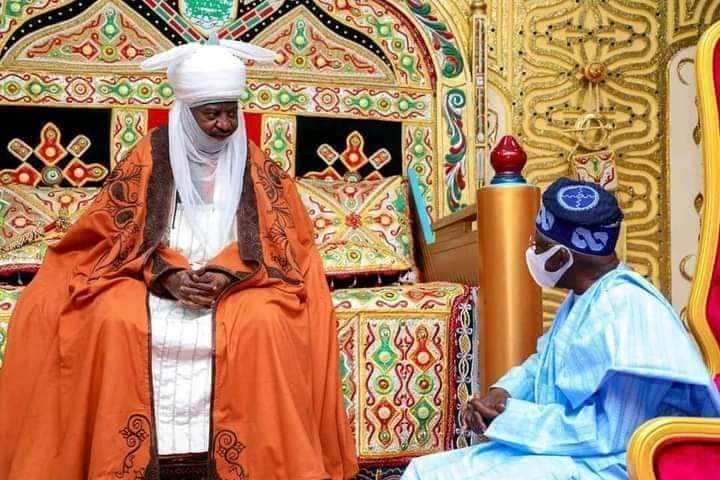 RICHMOND, Texas (VOICE OF NAIJAA) – Facts have emerged about how northerners within the ranks of the All Progressives Congress (APC) are using Asiwaju Bola Ahmed Tinubu for an experiment.

Party faithful would, however, not have any of it, and decided to stand firmly behind their choice of a consensus candidate from the south, as they believed the presidency should be zoned to the south.

Seeing that he could not prevail with his pronouncement, Adamu had no option than to align with the party’s wish.

While many outsiders believed that Asiwaju Tinubu had won over the northern candidates; voiceofnaija.ng informant within the party has now opened a lid on what actually transpired.

“They decided to experiment with him, they’re not so keen on his candidacy as president. If he’s lucky to win, good. And if not, they don’t mind him losing out.

“They don’t trust him. They just used him,” an APC Chieftain with adequate presence within the party ranks told our correspondent.

He also revealed why Osinbajo missed out on winning the party’s primaries. The northerners, the impeccable source noted, were scared of Osinbajo.

According to him: “When it comes to Osinbajo, they do not trust Osinbajo. They think that man can get there and do a lot of radical things that will affect them.

“So, they looked at it, and believed they needed a stop gap. When they now tried to use Lawan and he was rejected by their own people, and by everybody, they now had to look for a stop gap.

“That stop gap is Tinubu.

“As at the time Tinubu went to Abeokuta, he had given up.

“When they saw that what they wanted to do was not going to work, and since the southern Governors insisted that he was the one they wanted, they allowed him fly.

While speaking on Tinubu’s chances at the poll in 2023, the APC insider opined that the Jagaban of Borgu is not a marketable candidate, despite being a fellow party member.

“He is damaged, he is a damaged product, and daily, he gets more damaged.

“And anybody that comes close to him will get damaged as well. Look at my friend (name withheld) whom his family members were calling me to talk to. Some of the people who respected him before now have little or no regard for him.”