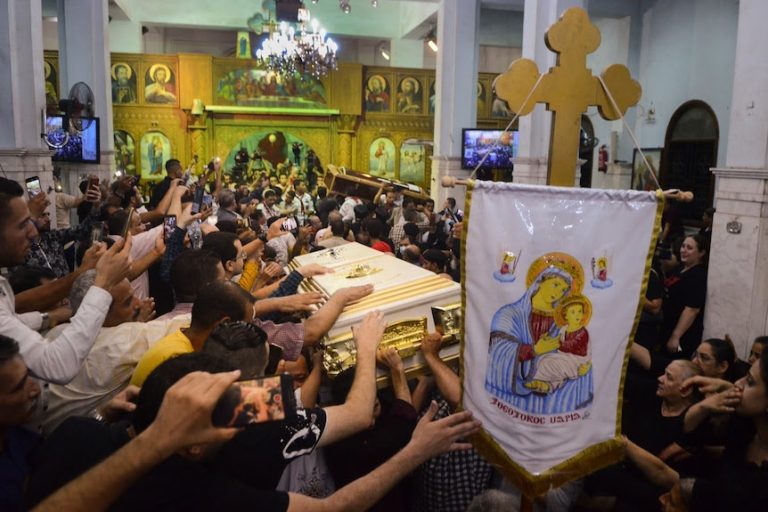 Two churches in Cairo have held funeral services for the 41 victims of a fire that ripped through a Coptic Christian church in Egypt during mass.

The fire, caused by an electric surge, caused a stampede and forced worshippers to jump out of windows while many lives were lost including 18 children.

Hundreds gathered on Sunday evening (local time) to pay their respects in and around the two Giza churches where clergymen prayed for the victims.

Pallbearers pushed through crowds of weeping mourners who reached for the coffins.

The Egyptian Coptic Church and the health ministry has reported that 41 people had died and 14 were injured in the blaze before emergency services brought it under control.

Witnesses to the Sunday morning fire described people rushing into the multistorey house of worship to save those trapped, but rescuers were soon overwhelmed by heat and deadly smoke.

“Suffocation, all of them dead,” said a distraught witness, who only gave a partial name, Abu Bishoy.

“Everyone was carrying kids out of the building,” said Ahmed Reda Baioumy, who lives next to the church.

“But the fire was getting bigger and you could only go in once or you would asphyxiate.”

The country’s health minister blamed the smoke and a stampede as people attempted to flee the fire for causing the fatalities.