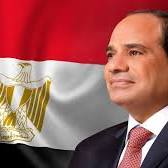 The President of Egypt, Abdel Fattah el-Sisi has reacted to the death of 41 people in Coptic Christian church.

The Egyptian Coptic Church and the health ministry reported 41 people had died and 14 were injured in an electrical fire before emergency services brought it under control.

Reacting to the tragic news, the president tweeted his condolences to the victims of the fire on Sunday.

“I offer my sincere condolences to the families of the innocent victims who moved to the side of their Lord in one of the houses of worship,” Sisi said.

The Egyptian President said he is closely following developments of the “tragic accident” and that he has directed state agencies to take the necessary measures to immediately deal with the tragedy and provide care for the injured.

Sisi has directed the Armed Forces Engineering Authority to repair the church, the spokesperson for the Coptic Orthodox Church announced, according to state news Ahramonline.

Egyptian soccer player Mo Salah, who plays for Liverpool and captains the national team, also sent a message of support to those affected by the tragedy on Sunday, saying in a tweet: “My sincere condolences to the victims of the Abu Sefein Church, and my best wishes for a speedy recovery to all the injured.”

A preliminary investigation into the fire “indicated that the blaze was caused by an electrical short circuit,” Egyptian state news reported, citing a statement from prosecutor-general Hamada El Sawy.

El Sawy visited the site and said eyewitnesses told his team the fire was caused by an electrical short circuit in a power generator, according to Egyptian state news.

“The prosecution team has examined all of the victims’ bodies and found no visible injuries on the deceased bodies except suffocation signs,” El Sawy said.

Father Farid Fahmy, of another nearby church, told the AFP news wire a short circuit caused the fire.

“The power was out and they were using a generator,” he said.

“When the power came back, it caused an overload.”

The interior ministry said “forensic evidence revealed that the blaze broke out in an air-conditioning unit on the second floor of the church building”, which also housed social services.

Witness Sayed Tawfik said “some threw themselves out of windows to escape the fire”.

He pointed to a car bearing dents “left by a person who is now lying in the hospital with a broken arm and back”.

A resident of the area, Mina Masry, said emergency services were slow in responding.

Ambulances took “over an hour to arrive” and fire trucks “nearly an hour, though their station is five minutes away,” she said.

“If the ambulances had come on time, they could have rescued people.”

Health Minister Khaled Abdel-Ghafar said the first ambulance arrived at the site two minutes after the fire was reported.

Mr Baioumy, the neighbour, said firefighters were hampered by the church’s location “on a very narrow street”.

The Coptic minority has been targeted in deadly attacks by Islamist militants, particularly after former Islamist president Mohamed Morsi was overthrown in 2013, with churches, schools and homes burnt down.

Copts also complain they have been left out of key state positions and they have deplored restrictive legislation for the construction and renovation of churches.