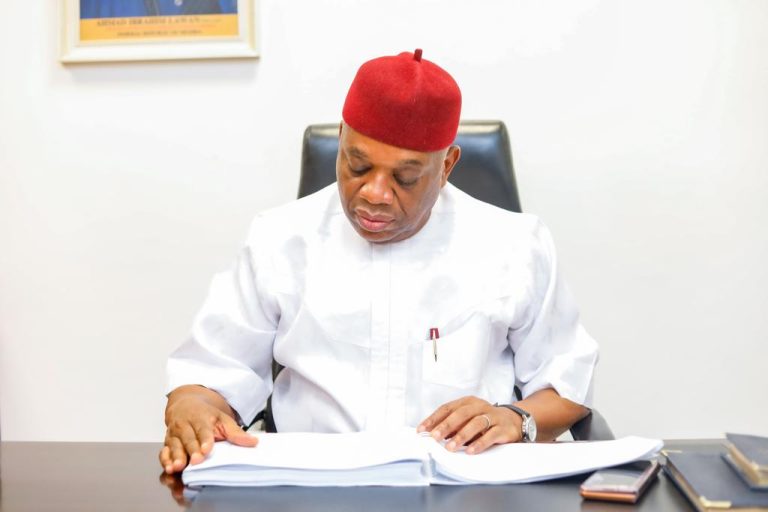 ENUGU, Nigeria (VOICE OF NAIJA)- The Senator representing Abia North, Orji Uzor Kalu, has pleaded with the Federal Government to consider paying the striking lecturers some months of salaries to enable them feed.

He made the plea following inundating calls from students and other stakeholders in education.

Fielding questions from newsmen on Wednesday evening on the welfare of the striking Academic Staff Union of Universities, Kalu pleaded with the federal government and ASUU to reconsider their stands on the persisting strike.

“A lot of students from my constituency have been calling me over the matter and I feel it is godly for all Nigerians, including religious leaders, community leaders and all of us to put all hands together to return ASUU back to work and also save their families; some are starving to death”, he said.

Senator Kalu lamented that the lecturers are suffering in the absence of salaries for about five months.

“I want the federal government to consider paying them some of their salaries while negotiation is still on,” he pleaded.

Kalu, who is the Senate Chief Whip noted that it is written, “Even in the Koran and the Bible, that wherever you sow is where you reap.

“They have no farms and no other businesses. They have nothing to sustain them”.

He, therefore, called on all parties concerned, especially the federal government to see what they can do immediately to save the lives of the lecturers and their families.

Get Ready For Mother Of All Strikes – UNN Lecturers Say, Protest Non Payment Of Salaries By FG