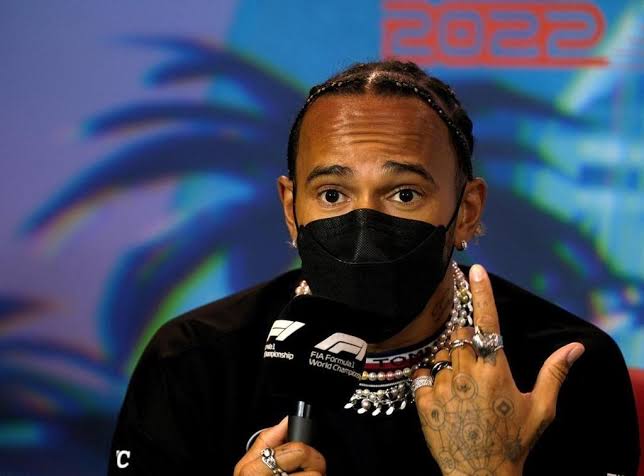 The 37-year-old revealed this in an interview for the September issue of Vanity Fair; those were his emotions after losing the championship to Max Verstappen.

He said he even considered walking away from the sport.

The Brit had looked assured of victory in Abu Dhabi, having led the race until a safety car was brought out with six laps to go.

But it was then that race director Michael Masi took the unprecedented step of improvising safety car rules to allow for a one-lap shootout between the two rivals to decide the outcome of the world championship. Verstappen, on a new set of soft tyres, passed Hamilton to take the race victory and the title.

Hamilton said it was when his “worst fears came alive”.

“I was like, there’s no way they’re going to cheat me out of this. There’s no way. That won’t happen. Surely not,” he explained.

“I do remember just sitting there just in disbelief. And realizing I’ve got to undo my belts, I’ve got to get out of there, I’ve got to climb out of this thing, I’ve got to find the strength,” he said of how he felt post-race.

“I had no strength. And it was one of the toughest moments, I would say, that I’ve had in a long, long time.”

Hamilton fell silent for several weeks after the race, sparking speculation that he was considering leaving F1 in the wake of the fiasco. In this new interview, he admitted he gave some serious thought to retirement.

“I , for sure, considered whether I wanted to continue,” he said. But he did decide to continue his racing career, and instead of his retirement plan the 37-year-old is now thinking about adding more trophies to his already remarkable collection.

“I am still fighting for those things and I still feel I have plenty to go,” he said in Hungary last month. “More likely than not, if I stop, I will still have fuel left in the tank. I don’t think I’m going to go as far as completely burnt out and have nothing left but hopefully that’s a long way off.”

The Briton also clarified a comment he made this season in a row over the wearing of jewellery during races, when he told reporters he had a body piercing in a place he could not explain.

“I don’t have any other piercings anywhere,” he said.