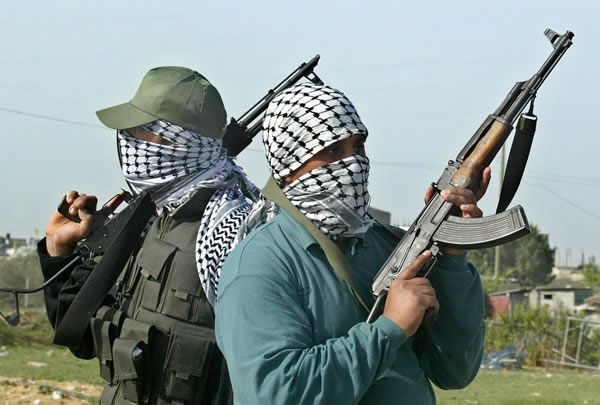 A vehicle conveying two expatriates working for a mining company, was attacked by gunmen on Sunday at Aruwa Village, Ifewara in Osun.

The gunmen attacked and killed a police inspector attached to the company.

They also carted away the rifle and ammunition of the slain police officer.

Yemisi Opalola, the public relations officer of the state police command confirmed the incident and released a statement made available to journalists on Monday in Osogbo.

She said a police inspector was killed when suspected kidnappers attacked the vehicle they were travelling in at Aruwa Village Ifewara, Atakumosa West Local Government Area of the state.

Opalola said that the gunmen, suspected to be kidnappers, attacked the police vehicle at about 8.10 a.m., but the police team, comprising a sergeant and two inspectors, returned fire and killed a member of the suspected kidnap gang.

“Lato explained that at about 8.10 a.m., when they closed from night duty from their mining site located at Aruwa Village near Ifewara, himself, one Insp Peter Sorrow and a sergeant of the same squadron, were in a vehicle with two white men and their driver when the suspects opened fire on their vehicle.

“And during the attack, Insp Peter Sorrow was killed and his rifle and ammunition carted away by the suspects.

“Lato, however, added that during the attack, the sergeant returned fire and killed one of the suspects.

“And one AK-47 with Breech No. 97698, one magazine loaded with 16 rounds of life ammunition and two mobile phones were recovered from the killed gunman,” she said.

Opalola said that following the report, police detectives and members of a vigilante group were swiftly mobilised to the scene by the Divisional Police Officer in Ifewara.

She said that four suspects were arrested in the forest with two android mobile telephones recovered from them.

The command’s spokesperson said that the corpses of the slain police inspector and the suspected kidnapper had been taken to the mortuary at Ilesha.

Opalola said that investigation into the matter was ongoing with detectives making efforts to apprehend other members of the gang.