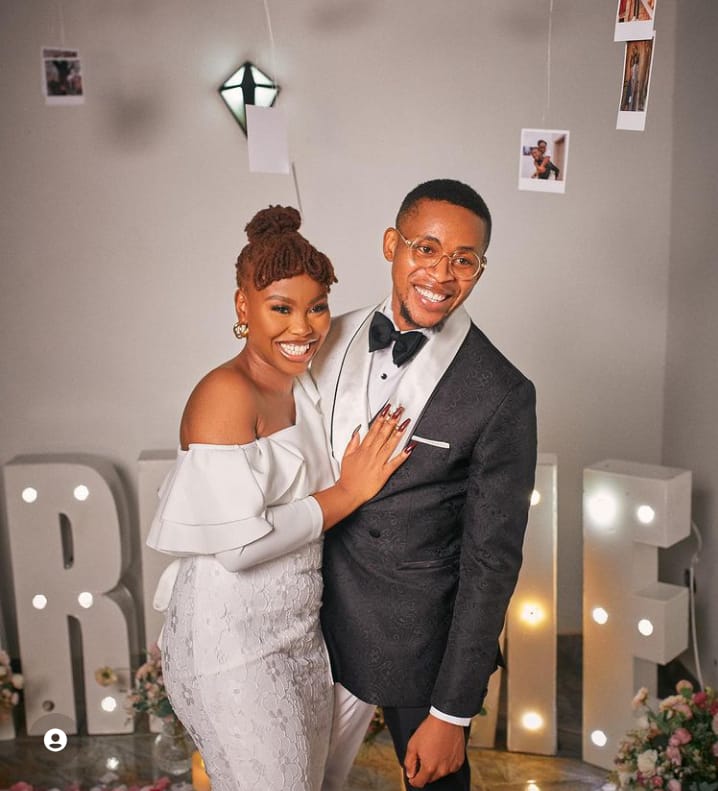 Social media commentator, and life coach, Solomon Buchi is currently receiving heavy backlash on Facebook for saying his fiancée, Arike, is not the most beautiful or intelligent woman.

Buchi who recently proposed to his girlfriend of one year, had on Sunday, 24 July, took to his social media page to share a rather controversial writeup about his woman.

According to him, though his fiancée is not the most beautiful or intelligent woman he knows, he has chosen to do life with her because he’s not looking for perfection.

He wrote: “You’re not the most beautiful woman; neither are you the most intelligent woman, but I’ve chosen to never find perfection in anyone else. I put my gaze on you, and with that commitment, we would mold ourselves for ourselves. Our perfection is in our commitment.

Stating that you’re not the most beautiful/intelligent might sound like it’s not a compliment, yeah? But it’s a realistic base for real love.

Acknowledging that my woman isn’t the best, but I’m not looking for the best. I was looking for you and I found you. There’s no best, there is just someone you choose and see the best in them.

This to me is the real love. Not the one that consoles itself in the faux reality that their partner is the most good looking, most intelligent, most successful person in the world.

I love you, ayanfe. I’m committed to you. I miss you so much!!! But my love for you is stronger than distance.”

However, the post didn’t sit well with a lot of people, especially women, and they stormed his comment section to drag him to filth for speaking lowly of his fiancée, while some called him a narcissist others found no fault in what he did.

Kweku the hustler said: “You people that are dragging Solomon Buchi, did his wife tell you she had a problem with what he wrote? Did she tell you she didn’t get whatever message he aimed to pass?

Go and marry your own and write whatever you want. Don’t disturb us.”

Distinguished Everest: “People attacked Solomon Buchi for this and people defended him too.

See, your partner needs that confidence. The moment you CHOOSE, he/she becomes the best, the greatest, and everything. Who is truly the most beautiful woman in the world?
Even beauty pageant is about choice.”

Uncle Charles: “I understand Solomon Buchi doesn’t mean to say those comments to make his partner feel some type of way. He was just caught in the euphoria of abroad fiancé.

It is insensitive to say your partner is not the most beautiful or most intelligent. Even if she is not, keep that shit.”

Bash: “Me personally, I don’t see the sense in what the Solomon Buchi guy posted sha. Would never subject someone I love to trolling. That’s my personal opinion

But if the wife is ok with it, and that’s the kind of couple they are, then nothing anybody says on the internet matters.”

Badejo: “Solomon Buchi next time he writes to his babe:

Hail thee my better half, everlasting Love of my Life,
Lilly of the Valley, Rose of Sharon, Daughter of Jezebel…”