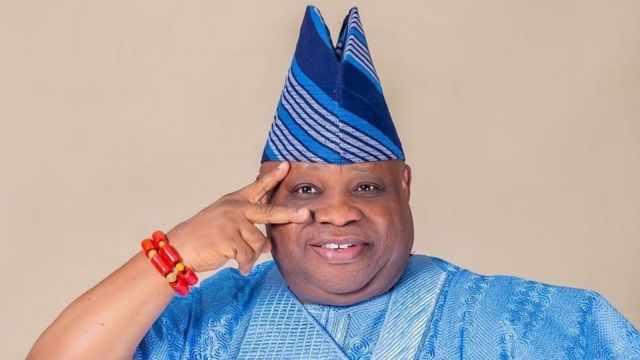 Governor Ademola Adeleke of Osun State has asked former appointees of the state to return all government properties in their possession.

The directive comes hours after Mr. Adeleke sacked some appointees of the previous administration, and dissolved all non-statutory boards of ministries, departments, and agencies (MDAs).

The directive was issued on Wednesday in a statement signed by Olawale Rasheed, spokesperson to the Governor.

According to Mr. Rasheed, the Governor said any affected official who fails to comply with the order will face the wrath of the law.

“The Government of Osun State has directed former appointed officials to return government properties in their possession within 48 hours,” the statement reads.

“The directive was sequel to large scale diversion of government assets by top officials of the immediate past administration.

“Several official vehicles are missing while official records indicated that two third of former state officials left with fleet of car in their office.

“Most Ministries, Departments and Agencies (MDAs) were stripped of operational assets like vehicles, computers and even residential fittings. Residences of some top officials were equally pillaged even to lamp fitting.

“Any former official who refuses to comply with the directive will face the full weight of the law.”

Recall that barely 24 hours after he was sworn in as Osun governor, Ademola Adeleke Monday issued six Executive Orders including one sacking all the workers employed by his predecessor, Gboyega Oyetola, after the latter lost his re-election.

Details of the six Executive Orders are contained in a statement by Mr. Adeleke’s spokesperson, Olawale Rasheed.

Mr. Adeleke had in his inaugural speech on Sunday accused Mr. Oyetola of taking actions that were detrimental to the interest of Osun after he lost his re-election. One of such was the recruitment of hundreds of workers into the civil service even when there was no budgetary provision for them, the new governor argued.