Other Leaders Are Concerned About Employment, Not Currency Redesign – Sowore Blasts Buhari 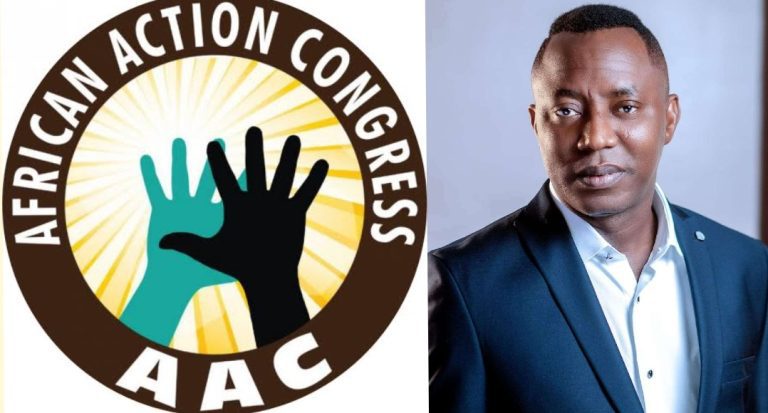 According to Mr Sowore, the money could have been better utilised addressing the demands of the Academic Staff Union of Universities.

The AAC presidential candidate disclosed this in an interview with Channels Television on Wednesday night.

The President unveiled new designs of the 200, 500 and 1,000 naira notes on Wednesday, as the federal government moves to phase out old notes by January 2023.

Mr. Buhari, at the inauguration, confirmed that the naira redesign was informed by the need to stop counterfeiting and hoarding of the higher denominations of the country’s currency outside the banking system.

But Mr. Sowore reckons the authorities are bereft of proper ideas.

Calling naira design a “scam”, Sowore said that leaders in other climes are concerned about “employment,” “production” and “manpower to run their economy, not currency redesign that add no value to currency.

“These are issues you get from leaders who are concerned about the welfare of the people of the country, not the redesign of the naira which cost us N218 billion,” Mr Sowore said. “We should have given that money to ASUU.”

The new banknotes unveiled have elicited criticisms with Nigerians questioning the essence of the change which they say is more of recolouring than redesigning.

Mr Sowore said if elected, he will be “focusing on free education. Every student in Nigeria who is in higher institution will get at least N100,000 per semester as study grant from the federal government.”

“Bring me and Obi to discuss our ideas on your show, I guarantee that he would not come,” Mr. Sowore stated.

Responding to a question on whether he is vexed that Mr Obi now has massive support of the youth ahead of him, the former student leader said, “93 when I fought the military, Peter Obi was not even known.

“Any campaign that is childish and that doesn’t address the issues is relevant but not important.”

Mr. Sowore said he believes that the national political narratives need to be changed, and to do that, the front liners with no know-how ideas must be changed first.