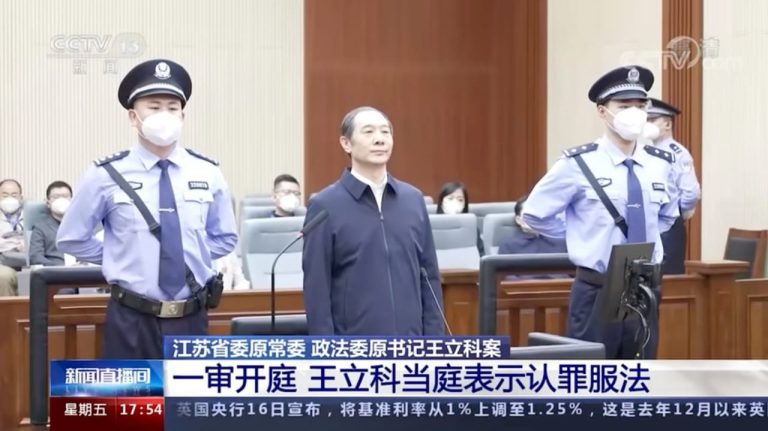 Former Justice Minister in China, Fu Zhenghua, has been sentenced to death for taking bribes, according to state media.

Wang Like, who was in charge of political and legal affairs in eastern Jiangsu province, was also sentenced on Thursday to life imprisonment for accepting bribes.

Fu, 67, and Wang, 57, both received suspended death sentences that will be commuted to life in prison after two years, without parole, state broadcaster CCTV reported on Thursday.

He pleaded guilty to abusing his power while serving in various government roles, including chief of police for the capital, Beijing, from 2005-21.

According to state television, the ex-minister was attempting to hide crimes committed by his brother and other associates.

The verdict comes amid a stepped-up purge of officials ahead of a crucial Communist Party congress where President Xi Jinping is widely expected to secure a third term as the country’s leader.

A long-running anti-corruption crusade has been in place since Xi became the Communist Party’s secretary general in 2012.

On Wednesday, three ex-chiefs of police of Shanghai, Chongqing and Shanxi province were also sentenced to years of prison time — including one for life — for corruption.