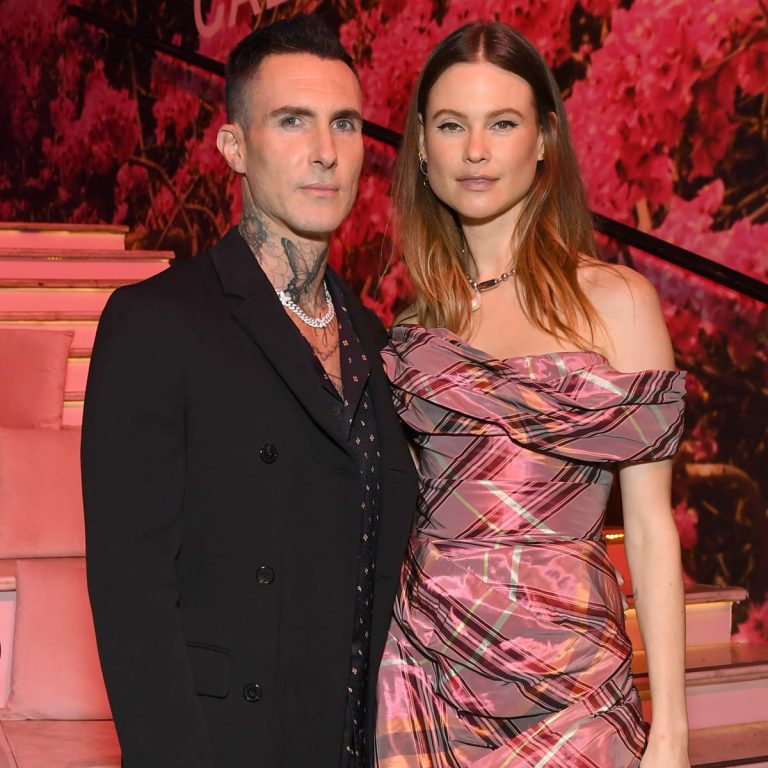 It hasn’t been rainbows and butterflies for the marriage of Behati Prinsloo and Maroon 5 singer Adam Levine, since an Instagram model Sumner Stroh accused the singer of having a year-long affair with her.

Stroh came forward claiming she had an affair with Adam Levine few days after the couple announced they are expecting their child.

The “Sugar” artist, 43, made headlines on Sept. 19 when the influencer shared allegations about their affair on TikTok.

“Essentially, I was having an affair with a man who’s married to a Victoria’s Secret model,” Stroh began.

“At the time, I was young, I was naïve and quite frankly I feel exploited. I wasn’t in the scene like I am now, so I was definitely easily manipulated.”

Later in the TikTok video, Stroh—who told Page Six the affair happened “last year”—shared an image of an alleged DM exchange with Levine on the screen behind her. “Maroon 5 is practically elevator music at this point, so I’m sure you know who Adam Levine is,” Stroh, 23, continued. “Adam and I were seeing each other for about a year.”

Stroh further alleged that after she stopped talking to Levine, he “came back into my life” by sliding into her DMs on June 1. In his alleged message to Stroh, the Grammy winner wrote, “OK serious question. I’m having another baby and if it’s [a] boy I really wanna name it Sumner. You ok with that? DEAD serious.”

At the end of her TikTok, Stroh said that she “never wanted to come forward” with this story but decided to speak out after “recklessly” sending screenshots to friends she thought she could trust. “One of them had attempted to sell to a tabloid,” she explained. “So here I am.”

In a follow up video posted to TikTok late Sep. 19, Stroh said that when she and the singer allegedly got together, she was under the impression that Levine and Prinsloo’s marriage “was over.”

“I believed that they were keeping it quiet to avoid the negative press because, as I had said, I was new to L.A., so I assumed that with celebrities of that caliber that that’s just how it was. And that’s why I feel exploited because he knew I believed everything that he said because of my vulnerable position of being new to L.A.”

Stroh concluded her post by sending an apology to Prinsloo and the couple’s kids. “In retrospect, I wish I would’ve questioned things more, I wish I wasn’t so naïve but being naïve is not an excuse for what I did and the role I played in this,” she said. “Again, in no way was I trying to gain sympathy and I fully realize I’m not the victim in this. I’m not the one who’s really getting hurt here, it’s Behati and her children and for that I’m so so sorry.”

While the 34-year-old Victoria Secret model, Prinsloo has yet to speak out publicly about the affair allegation, a friend of the couple is sharing insight into her current state.

“Behati is upset but she does believe him that there was no physical affair,” the insider exclusively tells E! News.

“They have been together this entire time. She feels they are happily married and is shocked to find out what was going on behind her back.”

The source adds that while there are “no excuses for his inappropriate behavior,” Levine maintains “it was nothing physical.”

“He’s disappointed in himself and upset that he has hurt his family like this,” the insider adds.

“It’s a wake-up call and has made him realize that he has a lot to work on.”

As the “She Will Be Loved” wrote in his Instagram Story denial on Sept. 20, “I used poor judgment in speaking with anyone other than my wife in ANY kind of flirtatious manner. I did not have an affair, nevertheless, I crossed the line during a regrettable period of my life.”

Levine and Prinsloo, who tied the knot in 2014, are parents to kids Dusty Rose, 5, and Gio Grace, 4, and are currently expecting their third child together.

In what could be an admission of guilt, Levine said, “In certain instances it became inappropriate; I have addressed that and taken proactive steps to remedy this with my family.My wife and my family is all I care about in this world.”