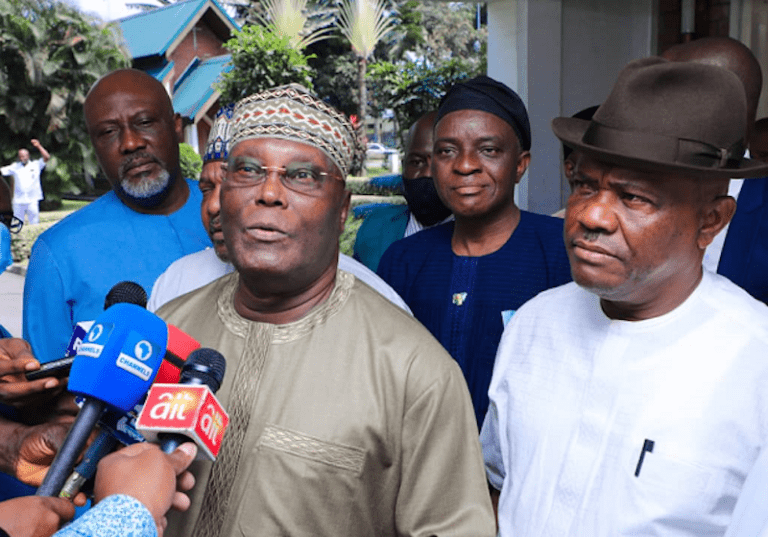 The national coordinator of the rights group Emmanuel Onwubiko, in a statement urged the Inspector General of Police, Alhaji Usman Alkali Baba, the Director General of the State security Services, DSS Alhaji Yusuf Magaji Bichi and the Chief of Army Staff Lieutenant General Faruk Yahaya to instruct their operatives not to be used by Governor Wike for his “tyrannical attacks against his political rival”.

He said, Governor Wike who is a lawyer ought to be “abreast of the indubitably binding and authoritative fact that constitutional democracy embodies several constitutional and democratic rights that are fundamental human rights enshrined in chapter 4 of the Constitution of the federal republic of Nigeria of 1999 as amended including the rights to civil and political freedoms, freedom of association, peaceful assembly and respect for the dignity of the human persons all of which are protected both locally and globally by binding precepts, Laws and covenants entered into by Nigeria as a member of the United Nations”.

HURIWA stated that as a politician of many years of experience, the Rivers State governor is not expected to be linked to tyranny, dictatorship or launching attacks against political rivals.

The rights group also recalled that the Governor was said to have ordered the arrest of another House of Representatives member and Rivers State PDP faithful.

Reacting to Wike’s recent actions, the rights group reminded the former presidential aspirant that he would not be in power forever.

“His Excellency Governor Nyesom Wike should realise that many governors have come and gone because political power is transient. Today he is in charge, tomorrow he won’t be there.

“So, let all politicians campaign peacefully because Rivers State does not belong to the Governor but to the entirety of the people and the Governor is not an emperor but a servant of the people who exercises authority because the people gave the office holder the legitimacy to exercise that authority lawfully for only but a short-time and section 15(5) of the Constitution frown against abuse of power and political dictatorship,” he added.