Anthony Joshua Reveals Why He Lost Championship Fight To Usyk 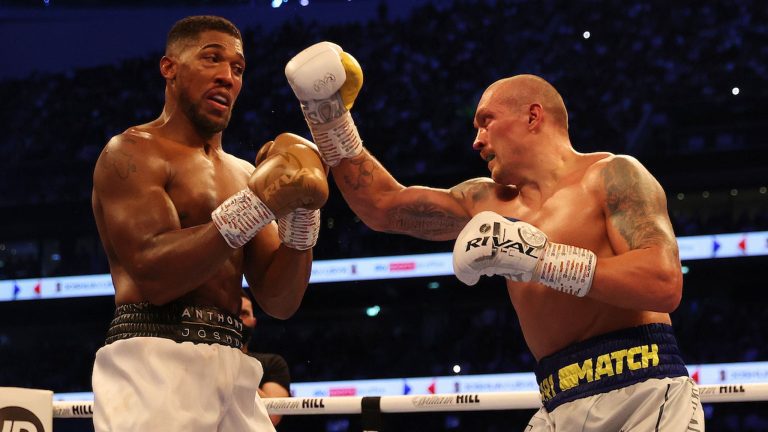 The British-Nigerian had lost his first fight against the Ukrainian in September, 2021 inside the Tottenham Hotspurs Stadium in London, a situation which led to the rematch which was staged in Saudi Arabia.

And, like the first fight, the Olympic gold medalist lost to the fiery former undisputed cruiserweight champion, in his third loss as aa professional boxer.

The disappointed Watford born pugilist has since been emotional about the loss and was visibly shaken by the defeat.

In a recent post on his verified Facebook Page, the former Commonwealth Champion revealed why he lost against the Ukrainian professional fighter.

He wrote: “I wish Usyk continued success in your quest for greatness. You are a class act champ.

“Yesterday I had to mentally take myself into a dark place to compete for the championship belts! I had two fights, one with Usyk and one with my emotions and both got the better of me.

“I’ll be the first to admit, I let my self down. I acted out of pure passion and emotion and when not controlled it ain’t great.

“I love this sport so so much and I’ll be better from this point on.

Boxing enthusiasts will be looking forward to how the former Heavyweight champion bounces back from this unprecedented loss.