Tension Over Outbreak Of Monkeypox In Ebonyi 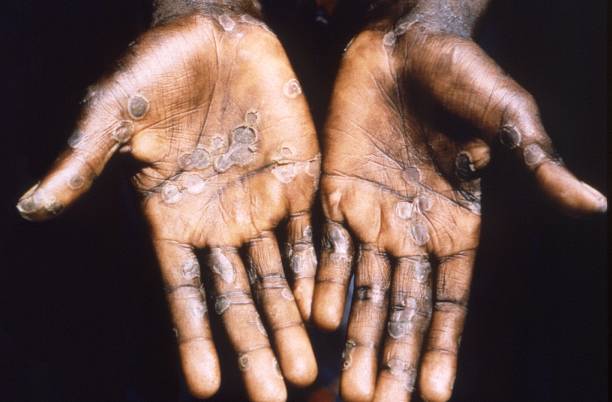 ENUGU, Nigeria (VOICE OF NAIJA)- There is palpable tension in Ebonyi State over the outbreak of monkeypox across the 13 Local Government areas of the State as one active case has been reported in Abakaliki.

Though thirty-two suspected cases have been recorded in the state, there was no confirmed cases of death in the state.

This was contained in a statement issued by the Commissioner for Health, Dr. Daniel Umezurike.

He said, “A 32-year-old male farmer who hails from Ugwulangwu in Ohaozara LGA but resides in Abakaliki said to have traveled to Rivers State returned to Ebonyi on 7th of July 2022, with fever, maculopapular rash, sore throat, headache and generalized weakness of the body. A presumptive diagnosis of monkeypox was made to rule out smallpox.

“Sample was collected and sent to the NCDC National Reference Laboratory and the result came out positive for Monkeypox Virus.

“The patient was admitted to Ebonyi State isolation centre and is currently being managed for monkeypox and he is responding to treatment. 7 contacts have been identified and line-listed which are currently been followed up.”

The Honourable Commissioner noted that signs and symptoms include fever, headache, generalized body pain, malaise, lymphadenopathy (swelling of the lymph node), sore throat, rash (the rash will appear 1 to 3 days after onset of fever and the rash often begin on the face and then spread to limbs, trunks, genitalia, palms, and soles) and intense asthenia (lack of energy).

He reminded the residents of the state that monkeypox is a viral zoonotic disease with symptoms in humans similar to those seen in smallpox patients, but much less severe and with a low case fatality rate. It has an incubation period of 5 to 21 days.