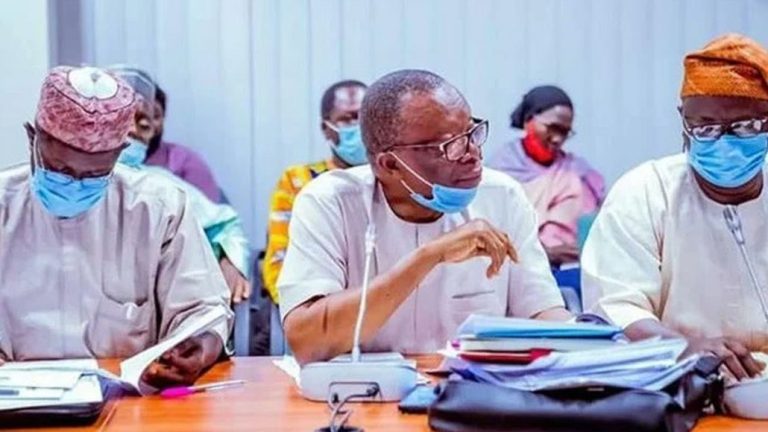 LAGOS, Nigeria (VOICE OF NAIJA)- The Academic Staff Union of Universities (ASUU) is scheduled to meet with Federal Government representatives on Tuesday over its prolonged strike action.

Speaking on Politics Today, President of ASUU, Professor Emmanuel Osodeke said the meeting was to discuss one of seven issues ASUU is protesting over,

“It is not just about wages. It has to do with the system, funding, the structure, the autonomy and other issues; and how to fund universities.

The government has reduced it to just salaries alone. But if they had looked at the whole agreement and implemented it, we will not be talking about funding.”

Professor Osodeke suggested that if Tuesday’s meeting goes well, the strike action may be called off.

ASUU embarked on a four-week warning strike on February 14.

On March 14, the union extended the industrial action by another two months to allow the government meet all of its demands. A 12-week extension was announced on May 9.

Since May 9, the union has remained on strike, vowing to persist until its demands are met.

The academics are seeking improved welfare, revitalisation of public universities and academic autonomy among other demands.

One bone of contention for the academics is the non-payment of university revitalisation funds, which amounts to about N1.1 trillion.

But the Federal Government has said it doesn’t have the money to pay such an amount, citing low oil prices during the Muhammadu Buhari administration.

Another is the issue of the Integrated Payroll and Personnel Information System (IPPIS).

The academics have proposed an alternative payroll system, the University Transparency and Accountability Solution (UTAS).