Man Jailed For 16 Years In Ekiti Over Attempted Rape 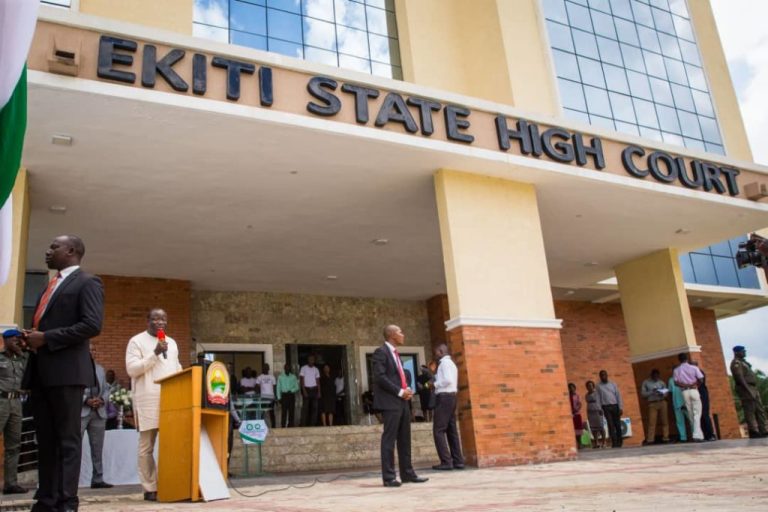 IBADAN, Nigeria (VOICE OF NAIJA) – A 40-year-old man, Seun Oladipupo, has been sentenced to 16 years imprisonment, for attempted rape and indecent assault.

He was jailed by an Ekiti State High Court, in Ado Ekiti Division.

According to the charge, “The defendant on February 19, 2021, at Igede Ekiti, in Irepodun/Ifelodun Local Government Area, did attempt to rape an 18-year-old girl. The offences contravened sections 359 and 360 of the Criminal Code Law, Cap. C16, Laws of Ekiti State, 2012”.

The victim, in her statement, said: “The defendant came to our house around 11pm uninvited, though he once asked me out but I refused.

“When he entered our room, he covered my mouth with clothes and forcibly had sexual intercourse with me.

“I know him as Samora, but I got to know his real name as Oluwaseun Oladipupo at the Igede Police Station when he was arrested after I reported the incident at the police station.”

The prosecutor, Folasade Alli, called two witnesses and tendered the defendant’s and victim’s statements, including a medical report, as exhibits.

The defendant, who spoke through his counsel, Helen Akinboni, denied the allegation of rape.

He said: “The victim is my girlfriend; we were only romancing in the room when her father came in. I ran away because I was afraid of her father, who came to arrest me on the second day.”

In his judgment, Justice Adekunle Adeleye said the prosecution had proved beyond reasonable doubt that the defendant assaulted the 18-year-old lady indecently.

According to him: “The defendant is hereby convicted as charged on counts one and two contrary to sections 359 and 360 of the Criminal Code, Cap. C16 Laws of Ekiti State, 2012.