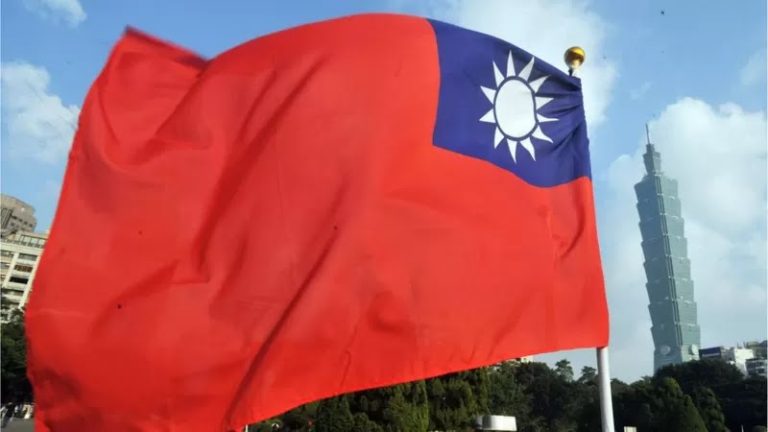 LAGOS, Nigeria (VOICE Of NAIJA)- Taiwan lives under the constant threat of invasion by China, which views its neighbour as part of Chinese territory to be seized one day, by force if necessary.

On Tuesday, the Taiwan’s military began a live-fire artillery drill simulating a defence of the island against an attack after days of massive Chinese war games.

China launched its largest air and sea exercises around Taiwan last week in a furious response to a visit by House Speaker Nancy Pelosi, the highest-ranking US official to visit the self-ruled island in decades.

The live ammunition artillery exercise known as the Tien Lei drill was announced in late July and was designed to simulate Taiwan’s defence against an attack by China’s People’s Liberation Army.

It is taking place on Tuesday and Thursday this week and was planned as part of Taiwan’s annual Han Kuang exercises, but comes amid heightened tensions and just after China said it would extend large-scale air and sea drills to the north, south-west and east of Taiwan that had been due to end on Sunday.

No new formal end date has been announced.

Taiwanese television reported on Tuesday that flares were fired in coastal areas during the military exercise in Pingtung County, Taiwan’s south, near a zone previously designated by the Chinese army for its drill.

“China’s real intention behind these military exercises is to alter the status quo in the Taiwan Strait and the entire region,” Taiwan’s foreign minister, Joseph Wu, told a news conference on Tuesday in Taipei.

Wu said China’s large-scale military exercises, missile launches and cyberattacks were all part of Beijing’s “military playbook to prepare for the invasion of Taiwan.”

He said they were strategies to “weaken public morale” on the island.

At the heart of the divide is that the Chinese government sees Taiwan as a breakaway province that will, eventually, be part of the country.

But many Taiwanese people consider their self-ruled island to be a separate nation – whether or not independence is ever officially declared.

What is the history between China and Taiwan?

The first known settlers in Taiwan were Austronesian tribal people, who are thought to have come from modern day southern China.

The island seems to have first appeared in Chinese records in AD239, when an emperor sent an expeditionary force to explore the area – a fact Beijing uses to back its territorial claim.

From the 17th Century, significant numbers of migrants started arriving from China, often fleeing turmoil or hardship. Most were Hoklo Chinese from Fujian (Fukien) province or Hakka Chinese, largely from Guangdong. Their descendants are now by far the largest demographic groups on the island.

In 1895, Japan won the First Sino-Japanese War, and the Qing government had to cede Taiwan to Japan. After World War Two, Japan surrendered and relinquished control of territory it had taken from China. The Republic of China (ROC) – one of the victors in the war – began ruling Taiwan with the consent of its allies, the US and UK.

But in the next few years a civil war broke out in China, and the then-leader Chiang Kai-shek’s troops were defeated by Mao Zedong’s Communist army.

Chiang, the remnants of his Kuomintang (KMT) government and their supporters – about 1.5m people – fled to Taiwan in 1949.

This group, referred to as Mainland Chinese, dominated Taiwan’s politics for many years though they only account for 14% of the population. Chiang established a government in exile in Taiwan which he led for the next 25 years.

Chiang’s son, Chiang Ching-kuo, allowed more democratisation after coming to power. He faced resistance from local people resentful of authoritarian rule and was under pressure from a growing democracy movement.

President Lee Teng-hui, known as Taiwan’s “father of democracy”, led constitutional changes towards, which eventually made way for the election of the island’s first non-KMT president, Chen Shui-bian, in 2000.

How are relations between Taiwan and China?

Relations started improving in the 1980s as Taiwan relaxed rules on visits to and investment in China. In 1991, it proclaimed that the war with the People’s Republic of China was over.

China proposed the so-called “one country, two systems” option, which it said would allow Taiwan significant autonomy if it agreed to come under Beijing’s control. This system underpinned Hong Kong’s return to China in 1997 and the manner in which it was governed until recently, when Beijing has sought to increase its influence.

Then in 2000, Taiwan elected Chen Shui-bian as president, much to Beijing’s alarm. Mr Chen and his party, the Democratic Progressive Party (DPP), had openly backed “independence“.

A year after Mr Chen was re-elected in 2004, China passed a so-called anti-secession law, stating China’s right to use “non-peaceful means” against Taiwan if it tried to “secede” from China.

Mr Chen was succeeded by the KMT’s Ma Ying-jeou in 2008 who tried improving relations through economic agreements.

The rhetoric sharpened further in 2018 as Beijing stepped up pressure on international companies – if they failed to list Taiwan as a part of China on their websites, it threatened to block them from doing business in China.

Ms Tsai won a second term in 2020 with a record-breaking 8.2 million votes in what was widely seen as a snub to Beijing. By then Hong Kong had seen months of unrest, with huge protesters against the mainland’s growing influence – and many in Taiwan were watching closely.

Later that year, China’s implemented a national security law in Hong Kong that is considered to be yet another sign of Beijing’s assertion.