Six Shi’ites Killed, Many Injured During Procession In Zaria 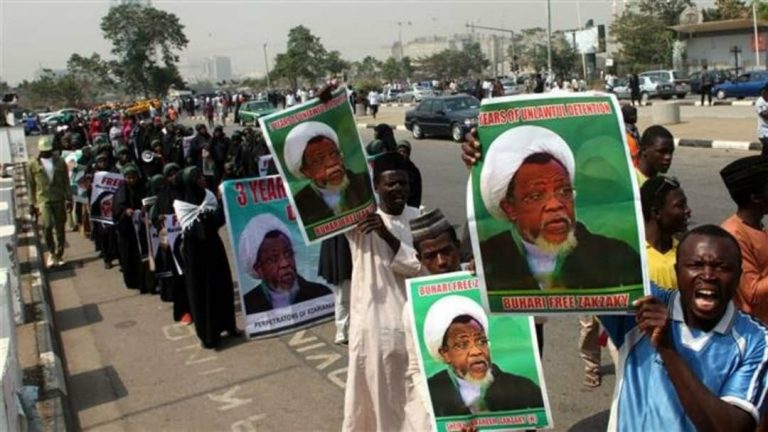 LAGOS, Nigeria (VOICE OF NAIJA)- Islamic Movement in Nigeria (IMN) lost six members with an uncertain number injured during a procession to mark this year’s Ashura Day in Zaria.

It was reported that the leader of the movement in Zaria, Mallam Abdulhamid Bello, alleged that a team of security agents invaded their members when they were rounding off the procession at Zaria City market and started shooting which resulted in the death of their members, with many injured.

Bello, who revealed that the total number of casualties have not been completely recorded, further stated that “a lot of them have been rushed to St Luke’s hospital in Wusasa while those in critical condition were taken to ABU teaching hospital Shika Zaria.”

Police spokesman Mohammed Jalinge said he was aware on the incident but was yet to be fully briefed on it.

The Islamic Movement of Nigeria is a religious organization which hopes to establish an Islamic state in Nigeria.

It was founded by Ibrahim Zakzaky, who was inspired by the Iranian Revolution and rejects the authority of the Nigerian Government.

The movement focuses on a nonviolent approach toward achieving an Islamic State, which has established some legitimacy as an alternative government.

The IMN is headquartered at the spiritual center, Husainiyya Baqiyatullah, in Zaria with the group’s numbers estimated around 5% of Nigerias Muslim population of 100 million.

While the main focus of the group is Islamic studies and enlightenment, Zakzaky has also encouraged his followers to pursue Western education and engage in charity work.

On 26 July 2019, the Nigerian Government banned the IMN, claiming that the group’s actions were both terrorist and illegal in nature.

The ban was issued a week after a protest for Zakzaky’s freedom in the capital Abuja where 11 protestors, a journalist, and a police officer died.

However, the group has denied being behind any of the violence and accused the government of killing peaceful protestors.

It appears that the IMN has been on the receiving end of violent attacks by the Nigerian Government, most notably the Zaria Massacre and the 2014 raid on the Husainiyah.