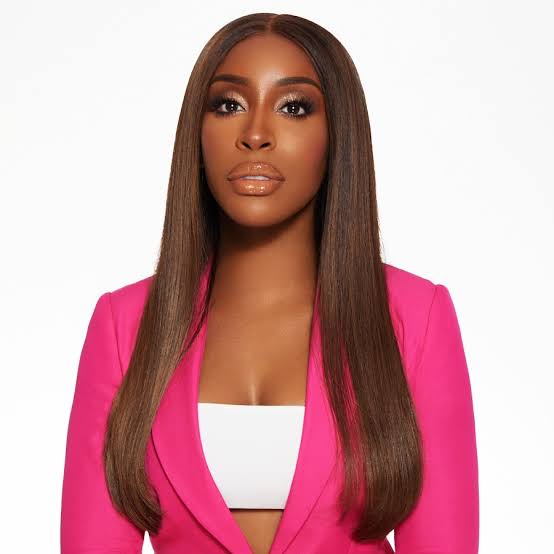 IBADAN, Nigeria (VOICE OF NAIJA)- Nigerian-American beauty YouTuber, Jacquelyn Lonje Aina better known as Jackie Aina, has apologized on Friday, after netizens slammed her for using the slogan of the #EndSARS protest ’Sòrò Sókè’ for her gain.

The founder of FORVR Mood, on Thursday, released a line of scented candles with four different fragrances one of which was called ‘Sòrò Sókè’.

Nigerians called the 35-year-old out, saying it was insensitive and the slogan was not to be used for business purposes.

A tweep, Purple Rose said: “Jackie Aina, a Nigerian in the diaspora decided it was sensible to name her candle Soro Soke; a word formed during the #EndSARS protest. This was a period when hundreds of Nigerian youths were beaten and shot to death because they wanted a better country.

PS. This terrible woman literally had to be dragged and called out before lending her voice during the protest.”

A popular Twitter user, Nerfertiti, said, “#EndSARS is a “collective struggle,” a good cause closer to home. It’s a marathon & no sprint. For reason, no one should appropriate the “EndSARS,” or “Soro Soke” for their own use. Not for business, books, nor for aesthetics. Those are sacred & should be reverred”.

Txadel also wrote: “In the MOST impolite way possible, why would you name a candle ‘Soro Soke’ with the knowledge of the fact that it is linked to the End Sars movement and a protest at which people were murdered? Is nothing sacred to any of you? Is there nothing you won’t commercialize?

That’s just so lowdown and nasty. Leaves a deeply bitter taste in my mouth.”

Chidi Okereke, who thinks it was a PR stunt said “Would be hard to convince me she didn’t know this backlash would happen. She posted this in 2020, so she knew what soro soke means to us. Until proven otherwise, my position is that it was a PR stunt. Trigger. Apologise. Now wayyyy more people know her candles. Sick strategy ”

Another tweep, Etibaby said, “Jackie Aina naming one of her candles Soro Soke is the second most tone deaf crap I’ve seen all year. The first is the white woman naming her book Soro Soke. A mess.”

Following this backlash, Sephora removed the products from its shelf and an apology was released on Jackie’s Instagram page.

The statement read, “Hello Everyone, As the brand owner of FORVR Mood, I understand our decision has severally hurt members of my Nigerian community with the naming of the candle, Sòrò Sókè. We missed the mark on this and it will never happen again.

“Empowerment and respect is the ethos of FORVR and that was unfortunately not properly conveyed in the naming of the candle.

“We accept full responsibility and I recognise the gravity of this error; to that effect, this candle will be pulled from the market and production immediately.

“I apologize for the hurt this has caused and I thank you for holding us accountable.”