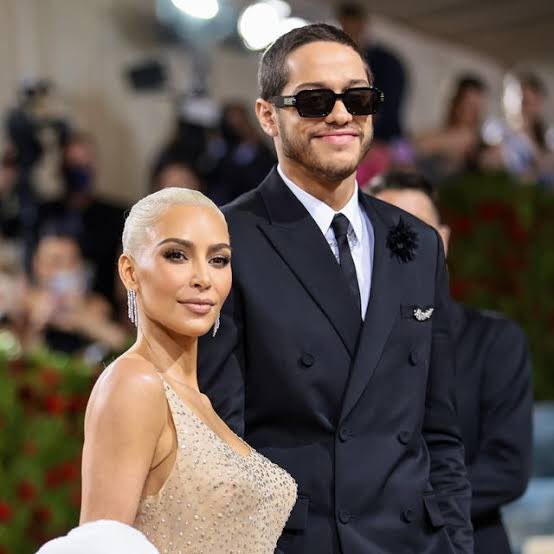 After 9 months together, Kim Kardashian and Pete Davidson have reportedly split up.

The reality TV star and comedian decided to go their separate ways earlier this week due to their demanding work schedules, E! News reported.

Sources told the news organisation that the couple, who met on the set of Saturday Night Live, still had “a lot of love and respect for each other” but their work commitments had “made it really difficult to maintain a relationship”.

The duo reportedly broke up because of their hectic schedules forcing them into a long distance relationship.

Reacting to the news which blew up social media platforms on Friday, some questioned how they were ever together in the first place.

Dennis Nguyen tweeted: “Pete Davidson, after realizing he got Kim Kardashian and her kids’ initials tattooed on his body for no reason.”

@laylamuntas said: “Why am I shocked that Pete Davidson and Kim Kardashian broke up, when I knew it wasn’t gonna last👺”

CaptainMB: “Pete Davidson really got a tattoo of Kim Kardashian and all of her kids just to get left. Mans got cucked 😭😭😭”

@angryblack: “pete davidson realizing he has to get tattoo coverups over another failed relationship.”

@Lizaoutlives: “Liza Minnelli has outlived the inexplicable relationship of Pete Davidson and Kim Kardashian. The two have broken up after 9 months. No word yet on when they will get back together.”

@nuffsaidny: “Kim Kardashian and Pete Davidson breaking up proves that the only thing that’s real is J. Cole going triple platinum with no features.”

@tiaachxnel: “Pete davidson is clearly hollywood’s one night stand cus all these women wanna fuck on him but he can never keep they asses😭 how u fumble ariana AND kim.”