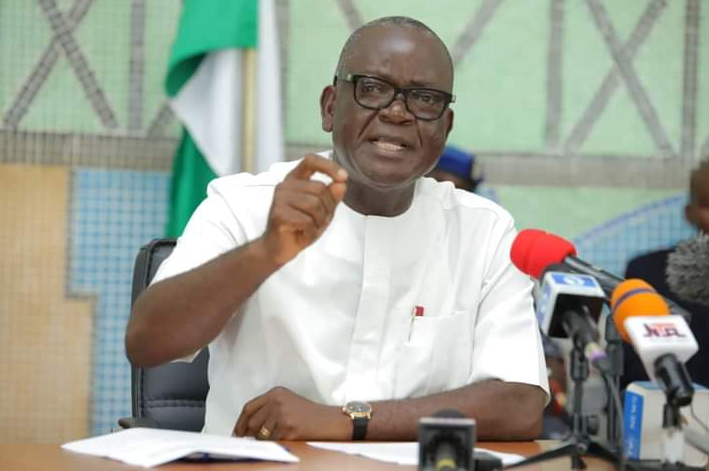 Speaking during the inauguration yesterday, Ortom stated that Nigeria’s security architecture is gasping for breath.

He lamented that from 2011 till date, over 5,000 Benue indigenes were murdered in recurrent attacks by armed herdsmen which left over 1.5million persons displaced, stressing that the guards would be legally armed to discharge their responsibilities.

The Governor promised to apply for AK-47 and AK-49 licenses to properly arm the guards to enable them effectively confront the armed herders attacking Benue communities.

Giving reasons for setting up the guards the Governor said: “Nigeria’s security architecture is gasping for breath as nobody is safe anymore.

“The worsening insecurity in the country has complicated Benue State’s security situation as other forms of criminality have started creeping in due to the Federal Government’s refusal to decisively address insecurity.

“It is owing to this failure that the Benue State Government under my watch decided to revisit the Benue State Vigilante Law of 2000, which was enacted to complement the conventional security agencies in the State to address emerging security issues.”

“In addition, given the fact that the Federal Government has consistently failed to disarm the Fulani terrorists who have continued to maim and kill our people at will, the State Government is going to apply for a license to legally procure AK47, AK49 and other sophisticated weapons for the Benue State Volunteers Guards to enable them tackle these murderous terrorists effectively.

“To do this effectively, the Benue State Government had approved a two-week capacity building programme for 500 personnel of the Community Volunteer Guards to learn some basic paramilitary aspects.”

Speaking on behalf of the Benue Traditional Council, BTC, the Tor Tiv, HRM. Prof James Ayatse pledged the full support of the council to the establishment of the BSCVG, assuring that the BTC would partner the guards to ensure the security of lives and property in the rural communities.