Scrabble In The Jungle Lands In Nigeria 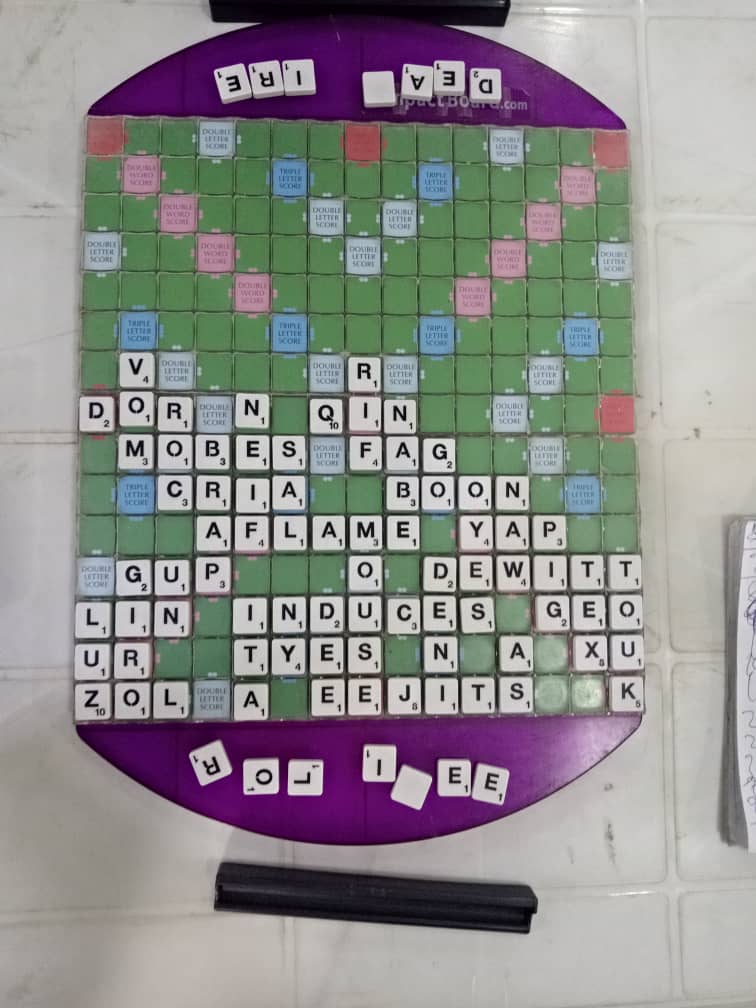 LAGOS, Nigeria (VOICE OF NAIJA)- A new level of organised scrabble tournament has been cracked open in the firmament of the sport as a new competition, Scrabble In The Jungle lands in Nigeria.

The Super-tournament will see a selection of eight top-ranked players by the Nigeria Scrabble Federation including four wildcard nominees, compete over a massive 36 round of games in a closed location over a three days period.

The 12 players will be kept in a boot-camp like arrangement in a controlled space where the juggernauts will test their prowess against one another at a highly competitive level from the 26th to 28 of this month.

The heavyweights will hunt for points on the boards with different strategies as they square up against one another in what has been described by many as blockbuster showpiece.

Interestingly, fans and supporters have also been given the rare chance of getting into adopting any of the players who they bet could go on to win the title and the grand prize-money at the end of the show.

An excited Musa Olasupo, President of Scrabble Las Vegas, the organisers of the Scrabble in the Jungle series while speaking with the media said that the desire to raise the stakes and make the sport more attractive and sustenable birthed the new variant of scrabble event which will be the first in the world.

“The Scrabble In The Jungle is a boot camp arrangement where we keep players under one roof to live, eat and drink scrabble for 3days,” he stated.

“Our focus is to encourage competitive scrabble that will reward excellence. This maiden edition, ” he continued, “will feature the top 8 players according to NSF July ratings and 4 wildcards. Management of Vegas have discretionary powers on the 2 wildcards but we hope to make the players of equal strength.“

Olasupo further stated that he hopes the tournament would grow to a level where they can muscle enough resources to have live viewings, eliminations and so many other innovations to make it bigger and more glamorous.