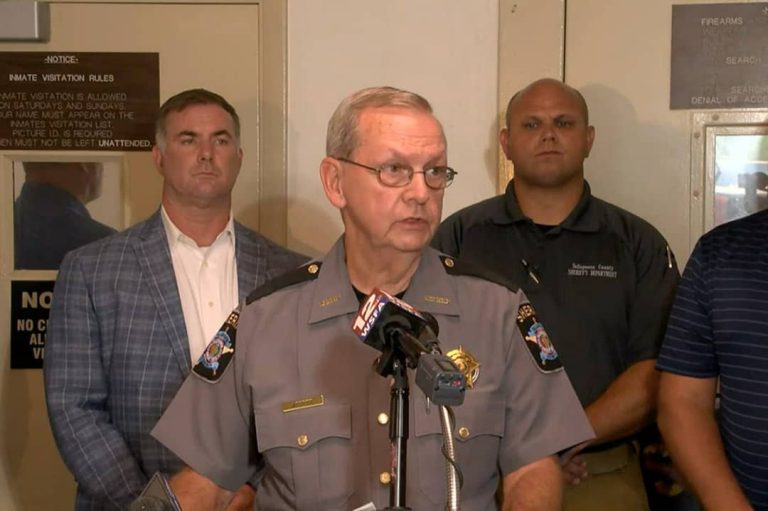 A 12-year-old girl found walking on an Alabama road this week led to the discovery of two decomposing bodies in a nearby home and the arrest of a man on a kidnapping charge, officials said.

The Tallapoosa County Sheriff’s Department said on Tuesday, that José Paulino Pascual-Reyes, 37, of Dadeville, Alabama, has been arrested and charged with first-degree kidnapping, three counts of capital murder and two counts of abuse of corpse

It was unclear if Pascual-Reyes had a lawyer.

Jimmy Abbett, the Tallapoosa County sheriff, said at a news conference that just before 8:30 a.m. on Monday, a driver noticed a girl walking along a road near 3547 County Road 34 in Dadeville, Alabama, and called 911.

Once they entered the house, officials said, they found two decomposing bodies.

Court documents said the girl had been tied to bed posts for about a week while she was assaulted and given alcohol to keep her in a drugged state.

The girl managed to get free and escape by chewing through her restraints, breaking her braces in the process, the documents said.

Deputies who found her noticed she had marks on her wrists where she had been restrained.

Sheriff Abbett declined to provide details about when the girl might have been kidnapped, although court records indicate that it was around 24 July.

He also declined to describe what relationship, if any, she had with Pascual-Reyes.

NBC affiliate WSFA of Montgomery reported that court records indicate the girl had been tied up and drugged with alcohol before she was able to escape.

District Attorney Jeremy Duerr said multiple counts of capital murder would most likely be filed in addition to the kidnapping charge.

“And of course, once we continue and finish our investigation, I feel certain that several more charges will follow,” Duerr said.