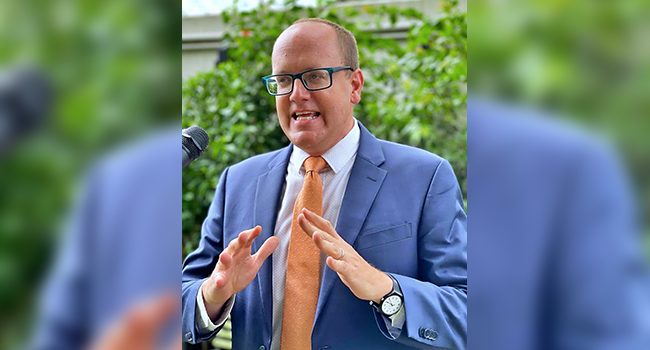 IBADAN, Nigeria ( VOICE OF NAIJA)- The U.S. Mission in Nigeria on Monday announced the arrival of a new Consul General at the U.S. Consulate General in Lagos, Will Stevens.

“As Consul General in Lagos, Mr. Stevens is the senior U.S. Government representative to the Nigerian people throughout the 17 states in southern Nigeria. He is responsible for leading and overseeing U.S. government activities that enhance trade and investment relations and bilateral people-to-people ties across the region.

“‘My family and I look forward to getting to know Nigeria first-hand – exploring the region, experiencing the culture, and most importantly, meeting the people,’ Consul General Stevens said.

“In 2014, he received the Edward R. Murrow Award for Excellence in Public Diplomacy, the State Department’s highest award in public diplomacy, for leading the U.S. Government’s Interagency Task Force on countering Russian propaganda during the Ukraine crisis.

“In the Bureau of African Affairs, Mr. Stevens served as Senior Advisor on countering violent extremism and, as the Bureau’s Spokesperson. He directed the public affairs planning and messaging for the 2014 U.S.-Africa Heads of State Summit that brought together 50 African leaders in Washington for the first time.

“Mr. Stevens was the Director of the Foreign Service Institute’s Public Diplomacy (PD) Training Division from 2017-2019, where he coordinated the training of the State Department’s entire public affairs and public diplomacy corps.

“His leadership and the team were recognized in the Public Diplomacy Council’s annual “Ten Best” for the “Best Use of Social Media by an Embassy while serving as the Spokesperson for the U.S. Embassy in Moscow between 2014 and 2016.

Consul General Will Stevens US Mission