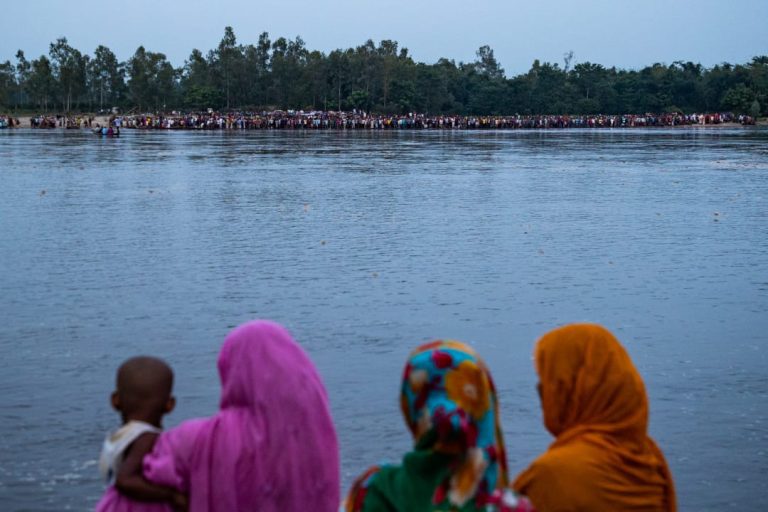 At least 32 people have been killed and dozens feared missing after a boat packed with Hindu devotees sank in Bangladesh, officials said, in the worst waterways disaster to hit the country in more than a year.

“Another seven bodies were recovered on Monday morning, which brings the total death toll to 32 from 25 on Sunday,” the official said on the phone Monday afternoon.

A small boat packed with mostly women and children on their way to a popular temple flipped over in the Karatoya river on Sunday as onlookers screamed in horror from the shore near Boda town in the northern Panchagarh district.

Police said the boat was carrying around 90 people, more than 50 being Hindu pilgrims on their way to the temple on the occasion of Mahalaya, when Hindus make offerings to their ancestors.

According to the official, the jam-packed boat, carrying passengers, sank on Sunday afternoon.

“A search operation is still underway for 30 to 40 people still missing,” he said, adding that the boat had been dragged to the bank.

The police official said rescuers had been working against a strong current and choppy river waters.

“The boat sank due to overloading,” he added.

“Almost sixty people are still missing,” Huda said. “It was carrying three times its capacity. There were heavy rains in the morning and that is why when the ferrying began, pilgrims packed the boat to make it quickly to the temple.”

“The boatman asked some people to disembark in an effort to ease the weight-load. But no one listened,” he added.

He said the authorities were compiling the list of the missing based on information provided by the relatives.

A five-member committee is investigating the incident and they suspect overcrowding caused the accident, he said.

Sunday marked the start of the Durga Puja, the biggest Hindu festival in Bangladesh and other parts of South Asia.

Thousands of Hindus in Muslim-majority Bangladesh visit the Bodeshwari Temple on the occasion.

The incident in the country’s remote north was the latest in a string of similar tragedies blamed on poor maintenance and overcrowding in the low-lying delta country with extensive inland waterways.

At least 26 people died in May after an overcrowded speedboat collided with a sand-laden bulk carrier and sank on the Padma River.

In December, nearly 50 people were killed and more than 70 injured when a ferry caught fire in the southern rural town of Jhalokati.

A ferry sank in Dhaka in June 2020 after a collision with another vessel, killing dozens of people.

At least 78 people died in February 2015 when an overcrowded ship collided with a cargo vessel in a river west of the capital.