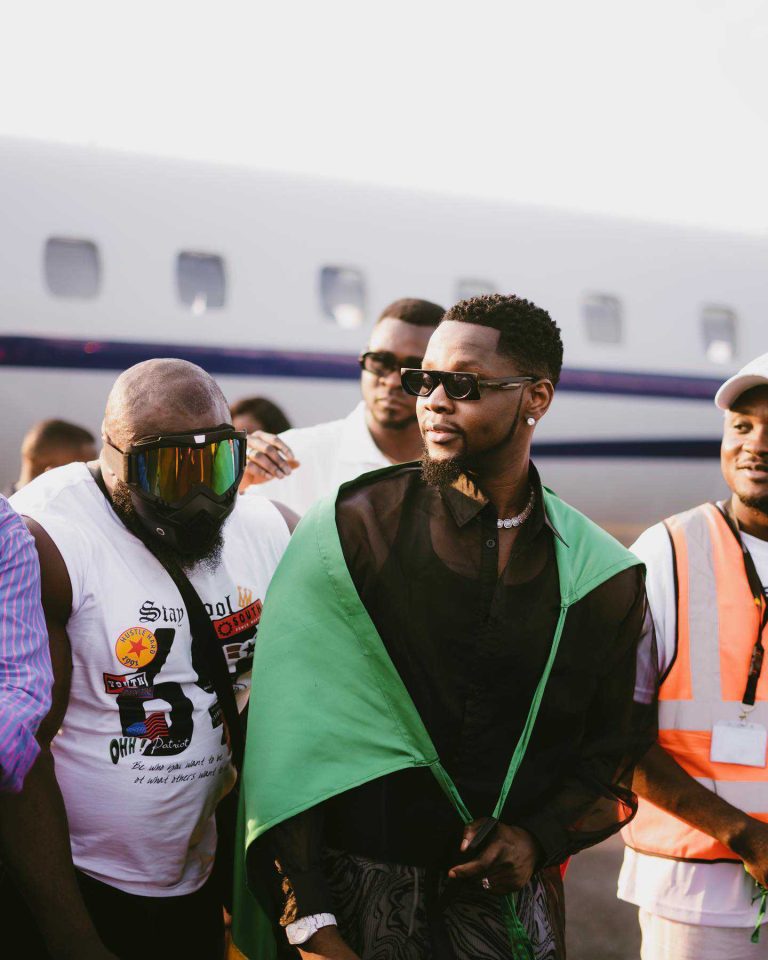 Recall that Kizz Daniel whose real name is Oluwatobiloba Daniel Anidugbe was arrested in Tanzania after failing to show up for a paid concert in the country.

Fans of the singer who had gathered at the venue of his advertised show in Tanzania left in anger and trashed the place after he failed to show up, viral videos have shown.

The Buga crooner was scheduled to perform at the Warehouse, Old Nextdoor Arena in Tanzania, on Sunday night, as part of his Afro Classic World Tour.

Following his failure to show up, a video of angry fans trashing the show’s venue trended and he was arrested by the police.

After several talks, the crooner was released and conducted a free concert for Tanzanians where he tendered his sincere apology.

In a recent development, the singer shared some photos and videos of the moment he arrived in Benin Republic hours before a concert.

Reacting to the post, Davido took to the comment section to tease Kizz a bit by humorously stating that he had to go a day before.