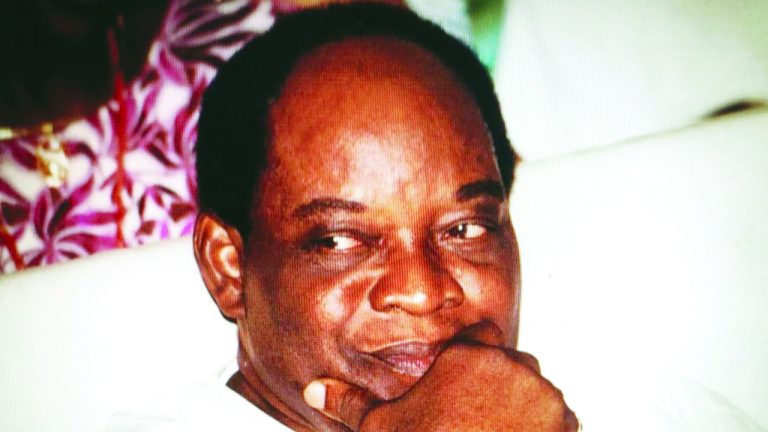 The Federal High Court in Lagos on Friday ordered the estate of the late Chief Sunny Odogwu to pay Access Bank Plc N26 billion in compliance with a 2015 judgment.

Justice Daniel Osiagor dismissed the preliminary objection filed by the estate challenging the bank’s claim and the court’s jurisdiction.

The judge affirmed a 3rd November 2015 judgment of Justice Saliu Saidu in suit number FHC/L/CS/1633/14 which ordered the defendants to pay their outstanding indebtedness of N26 billion to Access Bank.

The judge invalidated a purported consent judgment in which parties in the suit agreed on the payment of N12 billion as full and final payment.

He noted that the said consent judgment was made by a court which lacked jurisdiction in the matter.

The defendants, in their preliminary objection, had argued that having taken benefit of the consent judgment, the bank could not turn around and ask the court to set it aside.

However, Access Bank said the consent judgment was flawed, in that it was delivered by a court that lacked jurisdiction to entertain it.

Kemi Balogun, counsel to the bank, said the matter had been taken to the Court of Appeal when the lower court entered the consent judgment.

Balogun, a Senior Advocate of Nigeria, argued that only the appellate court had the power to adjudicate on such matters at that level.

Justice Osiagor said Balogun’s argument nullified the consent judgment entered by Justice Rilwan Aikawa, on the ground that he lacked jurisdiction to grant such order.

The judge affirmed the earlier judgment of Justice Saidu, which ordered the defendants to pay their outstanding indebtedness of N26 billion.

Justice Osiagor ordered that the payment must be less all amounts earlier paid by the judgment debtor to the bank.

He also awarded N200,000 against the defendants.

Access Bank Plc and late Odogwu, the Ide Ahaba of Asaba, entered into a N26 billion loan agreement when the latter was alive.

The late businessman wanted to use the facility to build luxury apartments to be known as Le Meridien Grand Towers in highbrow Ikoyi, Lagos.

The bank demanded collateral and Odogwu mortgaged prime properties in Lagos, Abuja, Dubai, and Los Angeles to Access Bank, in return for the facility.

After the death of the businessman, the mortgaged properties eventually became subjects of litigation.

Trouble started when the estate of Mr Odogwu reacted angrily to a move by Access Bank to take over the uncompleted Le Meridien Grand Towers.