Family Of 6, Others Killed By Suspected Fulani Herdsmen In Benue Buried 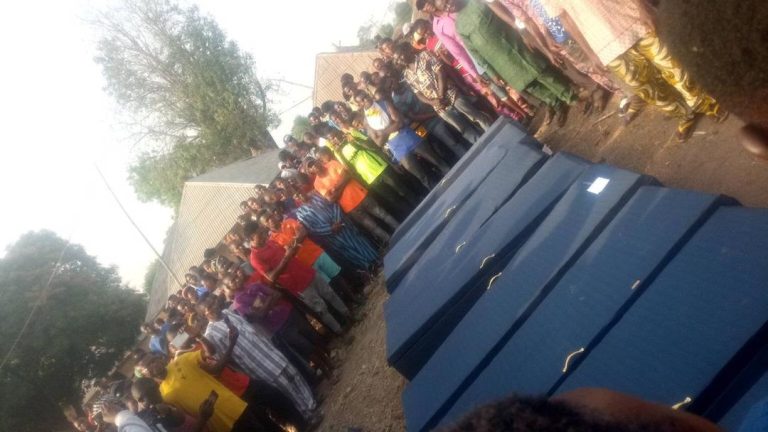 ENUGU, Nigeria (VOICE OF NAIJA)- The family of six and two other persons killed by suspected Fulani herdsmen have been laid to rest in Benue State.

Voiceofnaija.ng had reported that suspected bandits have again attacked the Abagana community opposite the Internally Displaced Persons’ camp located along Makurdi/Laafia road in Benue State.

It was gathered that the suspected bandits invaded the area around 9pm, shot indiscriminately and killed eight people among who were a husband and wife and their four children.

The attack which happened on Thursday night came barely two years after the community witnessed invasion in which seven people were murdered.

The killers beheaded and took away the head of one of the victims.

Eight other persons were wounded with three of them in critical condition.

The victims however, were laid to rest in the community at the weekend.