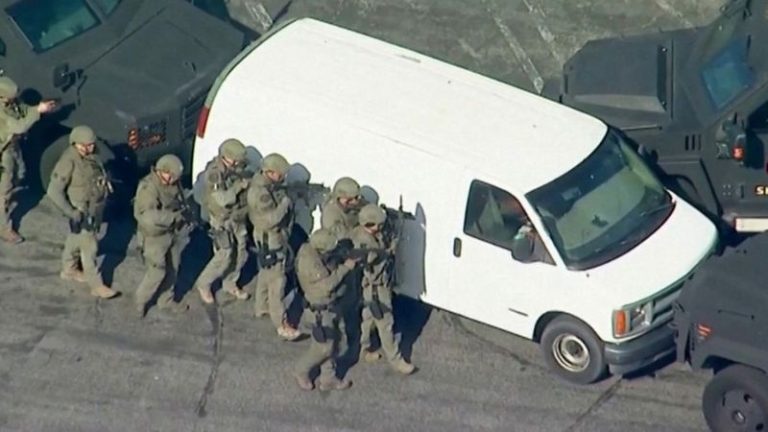 A 72-year-old man identified as Huu Can Tran who shot dead 10 people during a Lunar New Year celebration in the United States has been found dead in the van he used to flee, according to the Police.

Celebrations for Lunar New Year had been under way in Monterey Park, known for its large Asian population.

The mass shooting took place late on Saturday at a ballroom dance club on Garvey Avenue in Monterey Park, a majority Asian American city on the eastern edge of Los Angeles.

Police said people were “pouring out of the location screaming” when officers arrived at the venue at about 10:30pm local time (06:30 GMT Sunday).

In a news conference hours after the attack, Luna said five men and five women died at the scene. The wounded were in conditions “ranging from stable to critical”, he said. Their identities have not been made public.

A video taken by local news outlets after the shooting showed wounded people, many of them appearing to be middle-aged, being loaded into ambulances on stretchers.

The Sheriff’s department released images of the suspect apparently taken from surveillance camera footage showing him wearing spectacles, dressed in a dark jacket and a dark beanie hat with white stripe.

The officers in the state of California found Huu Can Tran on Sunday after surrounding the vehicle in the town of Torrance, which lies southwest of Monterey Park where the killings took place.

The gunman had a self-inflicted gunshot wound and was declared dead at the scene, LA County Sheriff Robert Luna said.

Sheriff Robert Luna who identified the suspect, said he shot himself as police approached the van.

Luna told reporters that no other suspects were at large and that the motive remained unclear for the attack, which wounded 10 more.

“Ten people were wounded in the shooting, and seven are still in hospital, some in a critical condition,” the sheriff said at a news conference on Sunday afternoon in Monterey Park.

He added that the 10 people who died were still being identified, but they “seem to be probably in their 50s, 60s and some maybe even beyond there”.

Reacting to the tragic incident, California Governor Gavin Newsom said, “Monterey Park should have had a night of joyful celebration of the Lunar New Year. Instead, they were the victims of a horrific and heartless act of gun violence.”

Luna later confirmed that Tran was involved in another incident at a dance venue in the neighbouring city of Alhambra about 20 minutes after the Saturday night shooting in Monterey Park.

At the second venue, witnesses said Tran walked in holding a gun that patrons were able to grab. No one was shot and Tran fled, Luna said.

Tran and his van were found after a day-long manhunt in Torrance, another community home to many Asian Americans, about 22 miles (34.5 kilometers) from Alhambra.

As a result of the shooting, the police said Lunar New Year festivities in Monterey Park for Sunday had been cancelled.